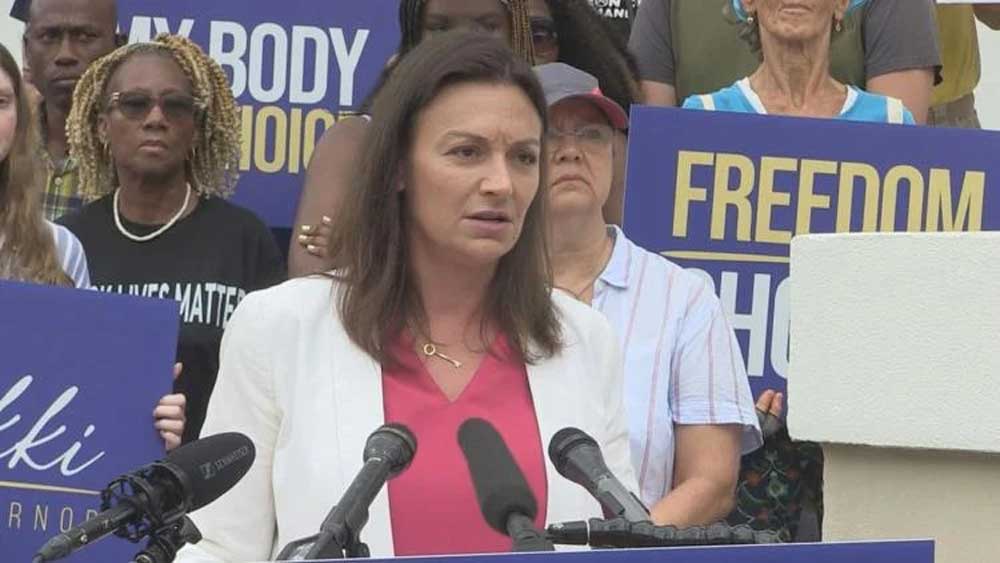 Florida Agriculture Commissioner Nikki Fried relies on a recent U.S. Supreme Court ruling to bolster arguments in a challenge to federal regulations that prohibit the purchase of firearms by medical marijuana patients.

In April, Fried filed a lawsuit against the U.S. Department of Justice challenging federal law and regulations that she says “prohibit Floridians from owning or purchasing a firearm solely on the basis that they are respectful medical marijuana patients.”

Fried’s attorneys filed an amended lawsuit on Friday focusing primarily on a Supreme Court ruling that struck down a New York law that imposed strict limits on the carrying of concealed weapons in public. Gun control advocates have expressed concern that the move could significantly restrict states’ ability to regulate guns.

The June 23 court ruling said, in part, that state gun laws must conform to the nation’s “historic tradition” of gun regulation.

“Only if a gun regulation is consistent with the historical tradition of this country can a court find that the individual’s conduct does not fall within the ‘unqualified command’ of the Second Amendment,” said the opinion written by Judge Clarence Thomas.

Fried’s lawsuit includes plaintiffs who are medical marijuana patients and want to have guns, as well as a plaintiff who is a gun owner and wants to participate in the medical cannabis program of the State. He argues that the restrictions are unconstitutional.

“Defendants can offer no rational explanation as to why federal law would expressly protect programs that essentially turn otherwise law-abiding citizens into criminals without self-control,” the lawsuit said. “Such a contradictory position would be well outside of any comparable historical regulation in this area.”

The lawsuit focuses, in part, on a federal form that must be completed by people seeking to purchase firearms.

“Are you an illegal or addicted user of marijuana or any depressant, stimulant, narcotic, or other controlled substance? Disclaimer: The use or possession of marijuana remains illegal under federal law, whether been legalized or decriminalized for medicinal or recreational purposes in the state where you reside,” the form reads.

Fried’s lawyers argued that prohibiting people who use medical marijuana from buying or having guns is a relatively recent development in the United States.

“Simply put, there is no historical tradition of denying individuals their Second Amendment rights based solely (or even partially) on the use of marijuana,” the lawsuit said. “In fact, historical evidence shows that marijuana was considered a legitimate and legal form of medicine in England, America, and other Western countries in the mid-19th and early 20th centuries.”

According to the complaint, evidence shows that medical marijuana was used “as early as 5,000 years ago, and reached its medical ‘peak’ in the west between 1840 and 1900.”

Doctors began prescribing marijuana around 1842, but it was banned in 1941.

“None of the federal case law regarding whether marijuana users can be disenfranchised from their Second Amendment rights applies to the historical analysis required by Bruen (the U.S. Supreme Court decision in the New York case),” the plaintiffs argued.

Fried’s lawsuit also pointed to a federal law, known as the Rohrbacher-Farr Amendment, that prohibits Justice Department officials from using agency funds to prevent states with medical marijuana programs. “to implement state laws that permit the use, distribution, possession or cultivation of medical marijuana.

The lawsuit accuses the Biden administration of defying the law.

“Defendants’ enforcement of the impugned sections and impugned regulations against medical marijuana patients who comply with state law punishes them for what is legally permitted and protected,” the court argued. complaint.

In a motion filed the day the New York gun ruling was released, attorneys for U.S. Attorney General Merrick Garland said the Biden administration intends to file a motion to have the lawsuit thrown out in Florida. The June 23 motion also requested more time to respond to the legal challenge “so that the defendants can review Bruen, analyze his relevance to this case, and apply Bruen in his next motion to dismiss.”

Will Hall, an attorney with the firm Dean, Mead & Dunbar who represents the plaintiffs, told the News Service of Florida that the Supreme Court’s decision requires Garland’s office to justify the gun restriction.

“Our reading of the case is that the federal government needs to show that this regulation, which essentially treats medical marijuana patients as if they were just, per se, too violent to own firearms, has kind of a historical tradition, and we just don’t see it,” Hall said Tuesday.

Hall said Fried’s legal team scoured the issue to see if “equivalent regulation” existed in the distant past.

“We just can’t find it,” he said. “There’s really no equivalent for what we have in medical marijuana right now, which is that the states have made it legal and the federal government has, not just through ‘a letter or a promise, but through the law, said that we would protect these programs from interference. ”

Fried, an attorney who is Florida’s only statewide elected Democrat, is a “big proponent” of “reasonable gun laws that make people safer,” Hall noted.

“His view is that this regulation simply does not make anyone safer. If anything, it makes people less safe because it pushes them to, if you’re a medical marijuana patient who wants to buy a gun, pushes you to a private sale versus a gun store where you actually follow the ATF protocols,” he said. , referring to the federal Bureau of Alcohol, Tobacco and Firearms.