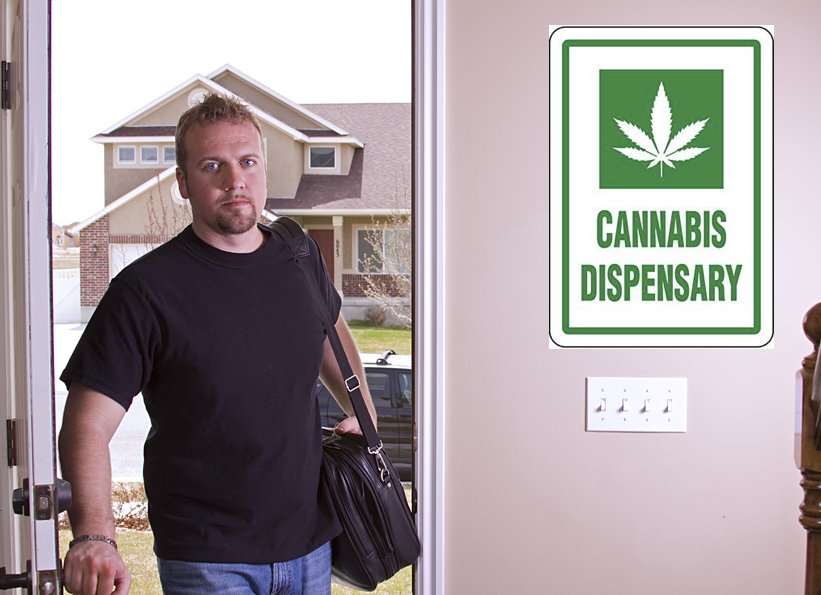 TORONTO, ON- A Toronto resident returned home today with a sure sign that he forgot to lock his front door; a weed retail store short of his apartment.

“When I saw all the kids lined up in the hallway, I started to wonder if I had thought about locking up before going to the mailbox. Then I saw the cartoon mural of Richard Nixon smoking a joint with Snoopy painted on the door and I knew,” said impromptu owner Devon Carlton, the new owner of Carlton’s Cannabis and Gifts.

Since legalization, stores specializing in the sale of marijuana and paraphernalia have slowly infested virtually every neighborhood in the city. After taking over all retail space, it wasn’t long before dispensaries began applying the pop-up strategy to any large enough space, including homes, places of worship, and large vehicles in junkyards. .

“It’s kind of an unspoken industry rule that if there are four walls and nobody lives there, it’s fair game for a pot shop,” said Marla Teller, general manager. of Carlton’s Cannabis and Gifts since moving from their original location to a public restroom.

“I hope we can find a solution with the new owner because this location is great! The only competition is the bigger weed store on the ground floor. Aside from the fact that guests have to go through security and take an elevator to get in, it’s perfect!”

Shortly after returning home, Carlton called the city’s invasive business unit. A team was dispatched to safely and possibly humanely extract all goods and personnel and relocate them to their new home in a suburban mall.

Experts advise homeowners to take extra precautions when leaving for an extended period to prevent dispensaries from appearing in their residences. Ways to prevent your home from becoming a weed store include extra security measures, putting up a Conservative election sign, and playing sad music so any potential homeowners get hurt.

The Invasive Business Unit would like to remind readers with basements to do routine checks to make sure a microbrewery hasn’t opened there, especially if you live in the Queen Street area.