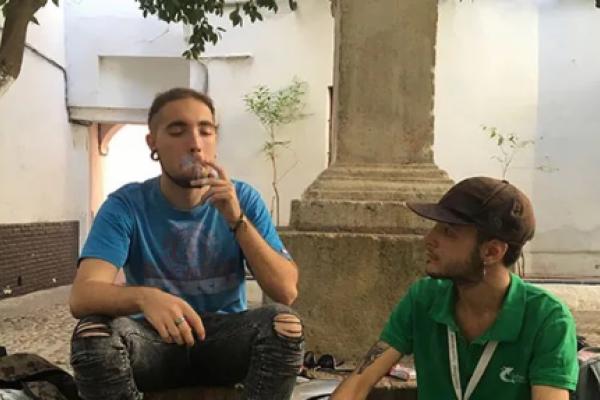 Spain seizes the world’s largest cannabis transport to date, a dismantled group was supplying most of Europe

Guardia Civil of Spain reported the confiscation of the largest shipment of packaged cannabis ever found in the world. Authorities said they seized more than 32 tons of cannabis, the equivalent of more than a million plants which they estimate to have a street value of more than $65 million.

“Operation Jardines concluded with the seizure of 32,370.2 kilograms of marijuana buds, the largest seizure of this substance, not only in Spain, but internationally. Its equivalence in complete plants would be approximately 1,100,000 specimens,” a police statement said Saturday.

The group of 20 people arrested by the police had “more than 32 tons of buds” stored in the Spanish cities of Toledo, Ciudad Real, Valencia and Asturias which they sold “through a complex commercial network”, which involved sending the cannabis under vacuum to all over Spain, as well as in Switzerland, Holland, Germany and Belgium, and other European countries.

La Guardia said the 20 people, men and women, in the cannabis operation controlled all production and distribution through various “companies” that carried out different parts of the process – from purchasing the seeds to the cultivation and drying of plants, including their packaging. and ship them.

Recreational use in Spain is decriminalized and allowed in private spaces, including the cultivation of a small number of cannabis plants if they are not visible from the outside. About 700 ago cannabis club across Spain, with some requiring membership fees or exclusive invitations to join. As supply and distribution remain illegal, this approach echoes the Dutch model.

Although many European countries have decriminalized small amounts of cannabis for recreational purposes, only one, Malta, has fully legalized it and Germany recently plans unveiled to legalize marijuana for adult use.

Spain, with its nearly 50 million inhabitants, should allow the sale of medical marijuana in pharmacies by the end of this year.

Photo taken by the author.

Don’t miss real-time alerts on your actions – join BenzingaPro free! Try the tool that will help you invest smarter, faster and better.

© 2022 Benzinga.com. Benzinga does not provide investment advice. All rights reserved.