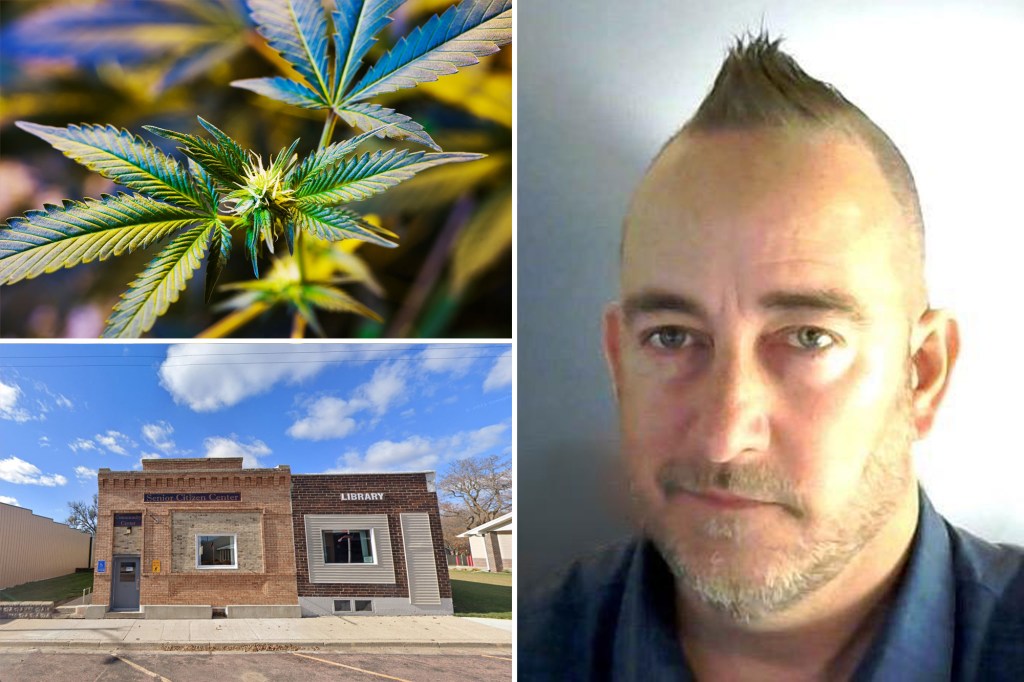 The stakes were high — and scary — at a card game at a community center in South Dakota.

A group of elderly people inadvertently ate a batch of cannabis brownies brought in by a 73-year-old woman who didn’t know her adult son had baked them with THC butter.

The incident happened last Tuesday in Tabor, a town of 423, according to an affidavit obtained by The Smoking Gun.

Police responded to several calls of “possible poisoning” and discovered that all of the patients had played cards at the Tabor community center and were “under the influence”.

Cops arrested Michael Koranda, 43, after he allegedly told them he cooked the illicit products with half a pound of THC butter he bought in Colorado, where recreational cannabis is legal.

Koranda then went to bed and “his mother unknowingly took the brownies to the card game where several people ate them,” the affidavit reads. He was charged with possession of a controlled drug or substance, which carries up to 5 years in prison, according to the report.

There was no word on the injuries.

Cannabis edibles can have a much stronger effect on users than smoking marijuana. The makers warn that it’s easy to accidentally ingest a crippling amount by overconsuming the tasty treats.

South Dakota voters approved an amendment to legalize recreational cannabis in November, but that referendum was overturned by the state’s high court.

Cannabis remains illegal at the federal level, where it is classified as a Schedule I drug.

Delta 8 now illegal in Kansas, but medical marijuana could be on the way