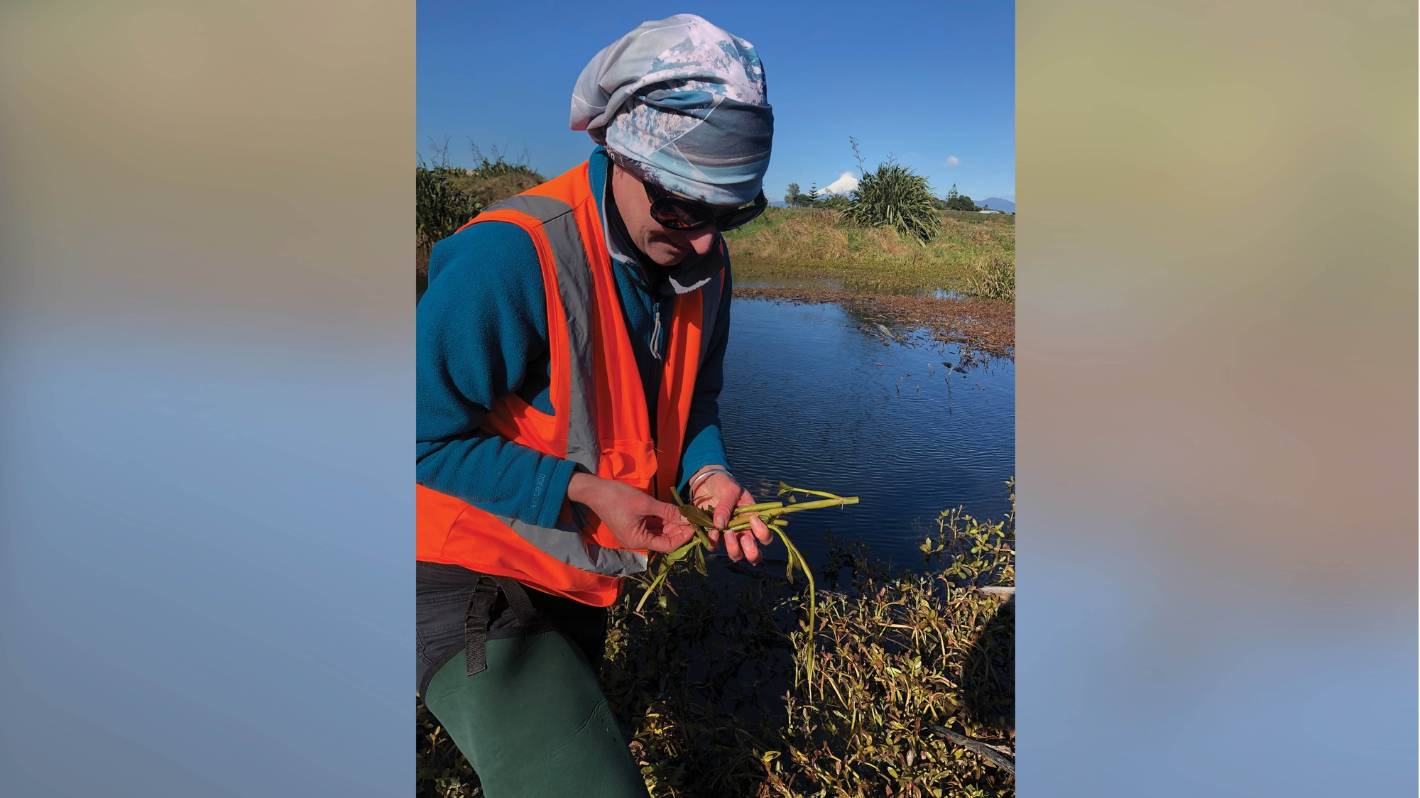 A super invasive noxious weed has been discovered at a second site in Taranaki.

The Taranaki Regional Council (TRC) has confirmed that the Alligator Weed was found in a private ornamental pond in Stratford.

This follows the discovery of the weed in a Waitara lagoon last month.

The invasive noxious plant from South America clogs wetlands, lakes and rivers, can increase the risk of flooding, is toxic to some farm animals and can block access to waterways for recreation .

TRC is also looking at where the alligator may have come from, with the closest known infestations being in Marokopa to the north and Manawatū to the south.

READ MORE:
* It may have been wet, but it was also the warmest winter on record for many parts of Taranaki
* Plan to eradicate super weeds from new “ambitious” Waikato subdivision
*Hope the alligator weed is cleared before Horowhenua farmland floods

TRC environmental services manager Steve Ellis said initial investigations indicate the weed is confined to the lagoon system. However, it is too early to rule out the possibility of further spread.

Another survey of the area is planned for November when the plant will be most visible. The council will then decide how best to control the infestation.

Conversations with locals suggest it might have been there for a few years, Ellis said.