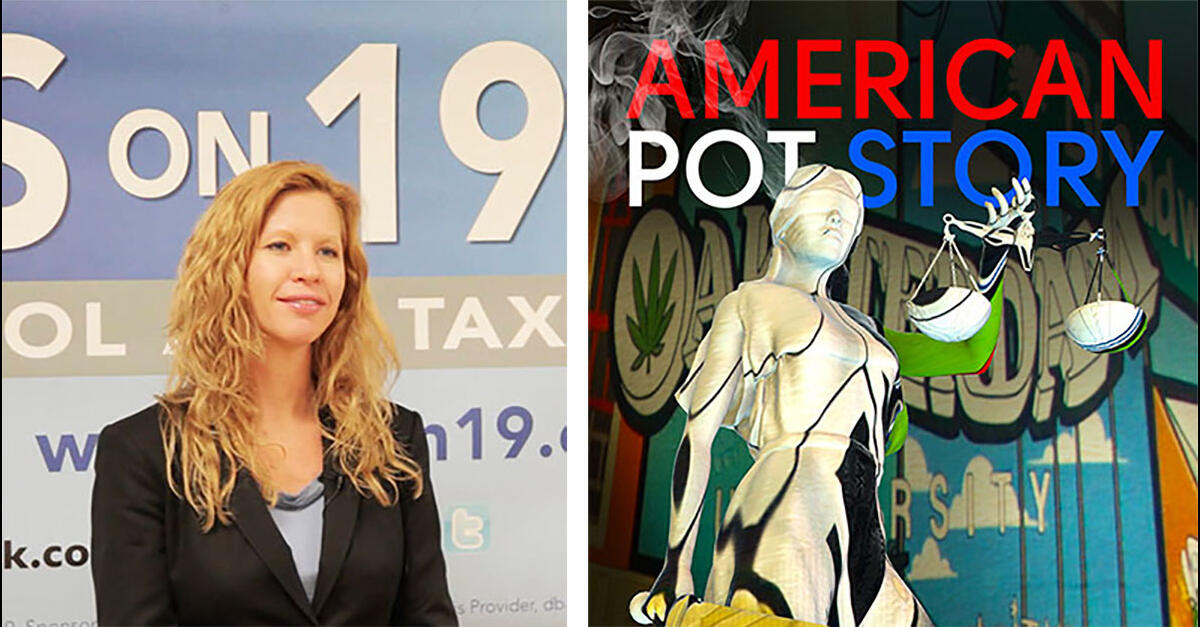 Oaksterdam University’s 15th Anniversary Celebration at the Fox Theater in Oakland on September 24 will feature the premiere of American Pot Story: Oaksterdam. The documentary stars Richard Lee, who founded the Stone School, and Dale Sky Jones, who succeeded him as Chancellor.

It’s a whole saga, worthy of an evening of commemoration. Oakland Mayor Libby Schaff will kick off the festivities at 6:30 p.m., followed by the screening, a Q&A and an “epic” afterparty.

Dan Katzir and Ravit Markus’ film took 10 years to make. “WWhen we started in 2010, I thought we’d be filming a revolution and we’d have a new movie in the box within a year,” Markus told CelebStoner. “The revolution took a lot longer and isn’t not finished yet.”

The “revolution” is the fight to legalize marijuana in California and across the country. Oakland and San Francisco were the bases of this movement, the first cities to pass local laws relaxing medical use. That’s where Lee and Oaksterdam come into the picture in 2007. A die-hard activist who believes, “You break the law to change the law,” Texas-born Lee arrives just in time to seize the moment with his groundbreaking idea for university, the one that offered a course on cannabis. In 2010, with Jones (née Clare) on board, they take a major step in trying to pass Prop 19, a ballot initiative on legalization that Lee essentially funds. After his defeat, Lee’s school and other properties are raided by the DEA on the same day that a mass shooting takes place in Oakland. Lee Calls Raid Reimbursement For Prop 19, Which Hasn’t Received Support From Medical Pot Pioneer Denis Peron and others.

“Dale Sky Jones is the real star of the movie.”

Although the wheelchair-bound Lee (he fell from scaffolding when he was younger) was never charged by the Feds who carried out the raid, he leaves and a despondent Jones takes over. Her story is quite compelling, how she never graduated from college but grew up to lead one. After an itinerant upbringing and a failed first marriage, Jones too travels to California where she finds cool school work thanks to Jeff Jones, who will become her husband. Together they revive Oaksterdam University with the help of a supportive community. He’s the real star of the movie.

A who’s who of key advocates and players is dotted – from current Governor Gavin Newsom, Rep. Barbara Lee, Mikki Norris, Chris Conrad and Neill Frankilin to Alice Huffman, David Downs, Evan Nison, Ann Lee and Salwah Ibrahim. Jack Herer, Ethan Nadelman, Doug Green and other familiar faces appear in the footage. freedom sheet, a magazine that I edited, even has a moment with Jones on the cover of the 2016 “holidaze” issue.

Publisher of CelebStoner.com, former editor of High Times and Freedom Leaf and co-author of Pot Culture and Reefer Movie Madness.