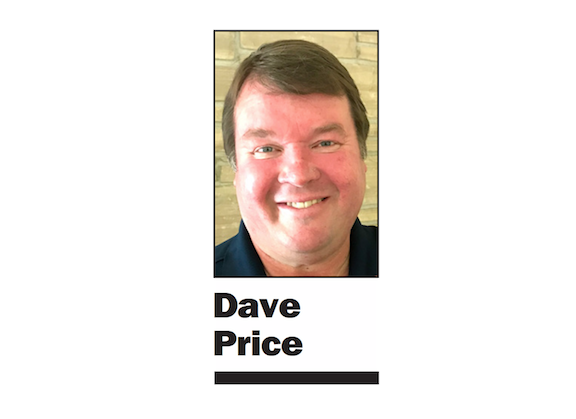 Redwood City shouldn’t keep pot shop applications a secret; a journalist is also expelled from the Stanford mall and why does the United States participate in the Beijing Olympics? – Palo Alto Daily Post

This was originally published on January 24 in the Daily Post.

The town hall received 26 applications. The city’s complex, multi-phase selection process is taking place behind closed doors. Applications are hidden from the public.

What is the City Council and City Manager Melissa Stevenson Diaz trying to hide from the public?

Probably the addresses of these stores. Sure, a majority of residents voted to legalize marijuana in 2016, but that doesn’t mean they want a store in their neighborhood. Who wants crime? And who thinks a cannabis store belongs in a place with lots of kids?

Last week, we reported that Douglas Ledingham, a resident of Redwood City, discovered that cannabis chain Air Supply wanted to move into the abandoned Any Mountain store at 928 Whipple Ave.

Ledingham had no idea his neighborhood was getting such a store until he spoke to workers who were cleaning up the building after the squatters moved out.

This process of keeping locations secret until licenses are announced is the opposite of how the state grants liquor licenses.

Liquor license applications are always public records. In fact, the state Department of Liquor Control requires applicants to post a “public notice of application” on premises for 30 days. Additionally, ABC may require applicants to send a notice to anyone living within 500 feet of the store or restaurant and publish a notice in the newspaper.

ABC allows the public to object before a liquor license is final.

The public should know where a cannabis store is located before the license is final.

Why the city is taking this approach is a puzzle. That’s not the only weird thing about the city process. As I mentioned earlier this month, cannabis companies with issues in other cities score high marks in Redwood City’s preliminary scoring system.

One of them, TAT, is accused by a competitor of falsely claiming that a local resident would co-own his store in Fresno to earn a higher score in that city’s ranking process. Another Redwood City candidate, Cookies, has come under fire from planning officials in San Diego for using a mascot that resembles Sesame Street’s Cookie Monster, raising concerns that children could be targeted by a Joe strategy. Camel.

She should remember that this process could go awry in unpredictable ways, like what happened in Mountain View in 2019.

After a lengthy application screening process, Mountain View was ready to award licenses to two cannabis retailers when a group of largely Chinese parents came out of nowhere to fight the city’s plans. At a council meeting on May 23, 2019, dozens of parents spoke out fervently against marijuana, saying the stores would tempt children to try drugs and weaken their ability to have a healthy mind. The council voted to drop the idea of ​​allowing cannabis stores.

A Post reporter covering the two bag snatching at the Stanford mall on Jan. 18 was told by mall management to leave or face arrest for trespassing.

Yes, trespassing in a public place.

The journalist, who had already interviewed witnesses and taken photos, granted the request.

The episode makes me wonder about Stanford’s priorities. The company that runs the Stanford mall under a long-term contract, Simon Properties, had no mall cop near the purse theft. And he ran away.

But when a reporter started asking questions, the mall cop was quick to intervene. Is Simon Properties’ priority to protect customers from criminals or to protect the mall from journalists?

I doubt that Stanford’s board members involve themselves in the day-to-day running of the mall. But I wonder if they realize the irony of the situation. At one end of campus, their contractor, Simon Properties, threatens to have a journalist arrested by the police for simply doing his job. At the other end of campus, they have a communications school where they teach journalists how to do their jobs.

Why is the United States participating in the Beijing Olympics given China’s horrifying human rights record? It is too late to withdraw from the Games next month, but the United States should tell the International Olympic Committee that this is the last time we will participate in an Olympic Games held in a totalitarian country.

In March, the US State Department said China was committing “genocide and crimes against humanity” in detention camps housing 1 million Muslim Uyghurs. They are subjected to forced sterilization, rape, torture, forced labor and “draconian restrictions” on their freedom of religion, expression and movement, according to the State Department.

We shouldn’t be in a country that does this. The Biden administration’s “diplomatic boycott,” in which the United States does not send bureaucrats to Beijing for the games, appears to be a half-hearted, honeyed reaction.

In the future, we should tell the IOC that if they go back to China, Russia or a similar country, the United States will not participate.

A better solution would be to set up permanent sites for all future games. Host cities often lose money building Olympic venues. Let’s solve this problem at the same time as we defend human rights. Make Athens the permanent home of the Summer Games and locate the Winter Games in Switzerland, Norway or Canada, countries where there are no problems with human rights.

Outremont prohibits the opening of the SQDC in the borough