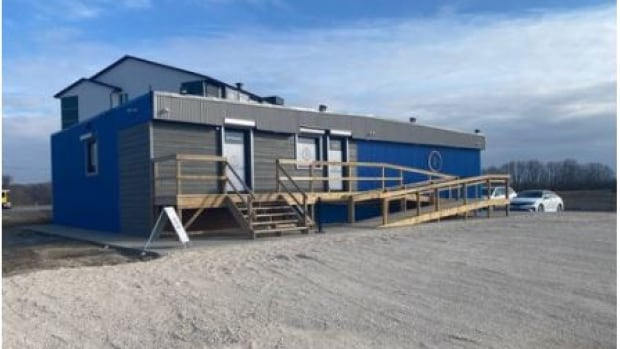 First Nation chief sued by province for operating cannabis store on his treaty land says lawsuit has nothing to do with health and safety and everything to do with indigenous sovereignty.

“It’s a big smokescreen,” Long Plain First Nation Chief Dennis Meeches said on Saturday in response to a lawsuit filed Friday in which the province is seeking a court injunction to shut down the Indigenous Bloom store in the United States. 79 Keeshkeemaquah Dr. in Portage la Prairie.

â€œThis is a very, very important question for us. It is about defending our sovereignty and our relationship with the Crown. In light of all this, the province is taking a hardline approach, â€said Meeches. “We have always maintained that we are a sovereign nation within a sovereign state.”

The province wants the store closed for operating without a license from the Manitoba cannabis regulator and selling products not supplied by Manitoba Liquor and Lotteries, according to its statement.

It is very rare for the government to publish statements in the media about the litigation it chooses to pursue and also make copies of the related statements available to the press.

Meeches maintains that the cannabis the store sells is approved by Health Canada, so claim that safety concerns are not a solution. The province maintains that the product is not authorized under the Cannabis Act, “and is therefore illegal.”

It is supplied by British Columbia-based Indigenous Bloom, a self-proclaimed Indigenous co-op that owns 10 First Nations partner stores that the province considers “unregulated.” The company is a named defendant in the lawsuit.

The store started operating under the Indigenous Bloom brand in April. It was previously a Meta Cannabis Supply store, which the province said was compliant with the October 2018 law until its license expired last July.

There has been a long-standing dispute between Long Plain and the province over aspects of Manitoba’s cannabis regime, including “social responsibility fees” imposed by the MLCC and charged to retailers based on sales volume, did he declare.

Meeches likened it to an “indirect tax” that irritates the tax exemptions enjoyed by First Nations people on reserves.

â€œI think the province obviously wants direct control of everything and everything that happensâ€¦ in this province and most importantly, I think, with aboriginal issues,â€ Meeches said.

Meeches criticized Prime Minister Brian Pallister as the person he suspects of forcing the problem.

“It is a difficult question, but there is no economic reconciliation here in this province under this premier,” he said.

Since Saturday evening, the store has remained open.

BRAUN: Too many pottery shops? You don’t see anything yet