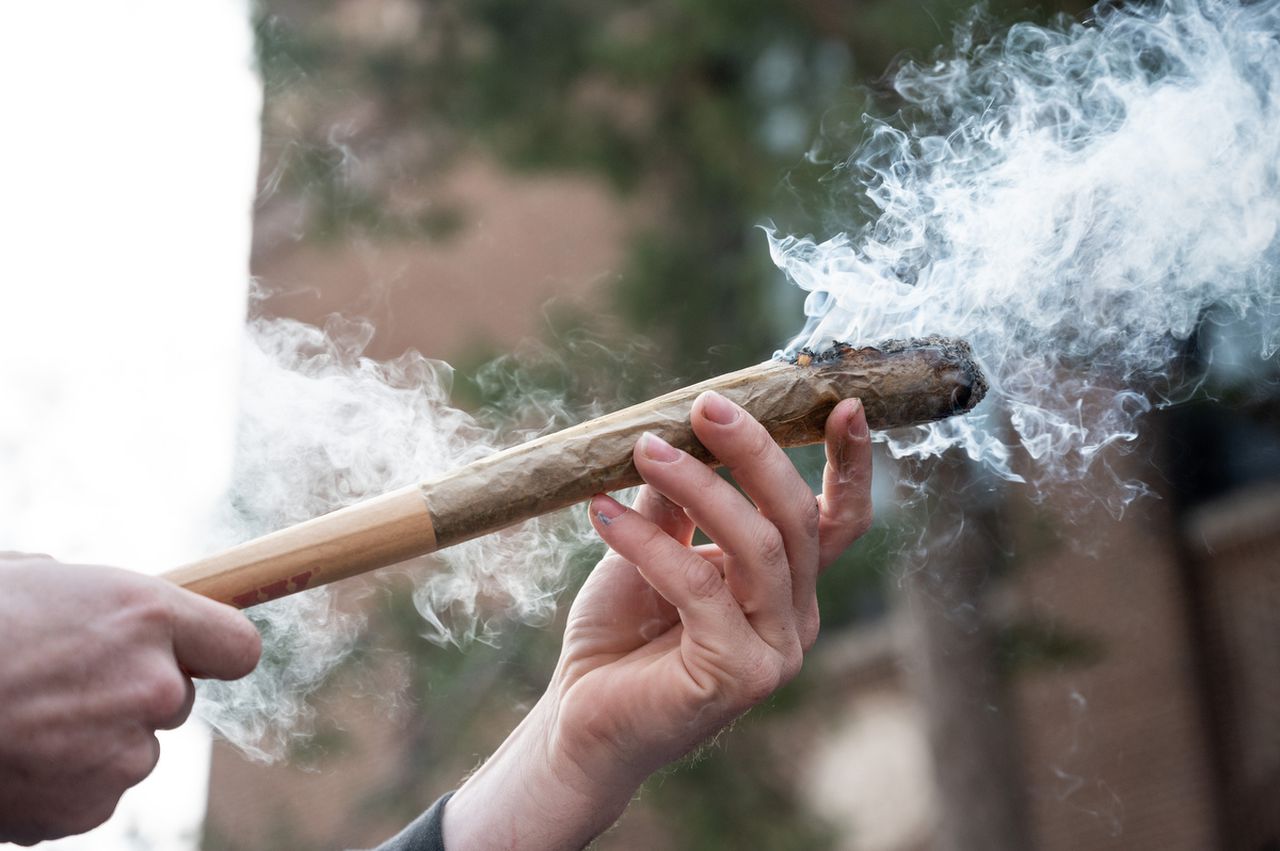 ANN ARBOR, MI — The 50th anniversary of the Ann Arbor Hash Bash will be a classic marijuana fest honoring the event’s long history and ongoing activism, according to organizers.

“I’m so proud to say that this Hash Bash event is going back to its political roots,” said co-organizer Matt Dargay, a University of Michigan graduate social work student and president of Students for Sensible Drug Policy at the UM.

“Hash Bash really started as a protest against the arrest and incarceration of someone in possession of marijuana,” Dargay said, referring to Ann Arbor poet and pot activist John Sinclair, who was serving a 10-year prison sentence for two joints. and was released shortly before the first Hash Bash took place on the UM Diag in April 1972, after Michigan’s criminal marijuana law was declared unconstitutional.

“That’s really where things started,” Dargay said. “And this time, to celebrate the 50th anniversary, the activism and advocacy angle will really be part of it.”

Organizers expect several thousand cannabis enthusiasts from across Michigan and beyond to be in attendance for the 51st Annual Gathering on the UM Diag at noon on April 2.

“I’m really excited to say that Hash Bash is back in person,” Dargay said. “It’s going to be a great day.”

Around 30 speakers are expected to take the stage for two hours, including U.S. Representative Debbie Dingell, Washtenaw County Attorney Eli Savit and numerous activists involved in the marijuana movement. The music will follow and the event will once again spill over to the Monroe Street Fair.

Co-host Jamie Lowell said he’s reserved a spot in the lineup for former host and emcee Adam Brook to introduce Sinclair, making sure people know their place in history.

“After all, Adam is the one who brought John Sinclair back into the 90s fold, and we really appreciate that and the work he did to animate for so many years there,” Lowell said. “It pays homage to culture and history and Adam is obviously a big part of that.”

In addition to the usual musical performances of Hash Bash by Tom Wall of Cosmic Knot and Ann Arbor blues rocker Laith Al-Saadi, who plays the national anthem on electric guitar, organizers promise plenty of advocacy around the plans for Marijuana legislation pending in the Michigan Legislature, including the John Sinclair Act introduced by State Representative Yousef Rabhi, D-Ann Arbor. And there will be a Criminal Record Erasing Booth set up to help people take steps to erase past marijuana convictions.

Now, more than three years after Michigan voters legalized recreational marijuana in the state, too many people are still incarcerated or living with the burden of criminal records due to their use of the cannabis plant, a said Lowell, who is involved with the Michigan Cannabis Freedom Coalition in addition to being the director of advocacy and social equity for Botanical Co., a Lansing-based marijuana retailer.

“We are a little frustrated with the very, very slow pace and lack of attention to helping get people out of jail who are there for what is legal now – most of them since when the governor came into office, even though she said she was going to help us get them out,” Lowell said. “It’s kind of frustrating in the community that it didn’t happen.”

Organizers also expect Hash Bash speakers to speak out against bills in the State House that they say would unfairly restrict the cultivation of medical marijuana by individual caregivers, reducing the number of plants they can grow from 72 to 24 and the number of patients they can serve from five to one. That would cede a lot of ground to grassroots individuals in the big-money cannabis industry, Dargay said.

“We really think these bills would make it harder for small producers to make a living,” he said. “And since cannabis sold by caregivers is not subject to sales and excise taxes, it tends to be less expensive than commercial marijuana, so that could actually impact some people’s ability to obtain medical marijuana without going to the black market.”

While there will be plenty of returning Hash Bash speakers, organizers say they haven’t lined up big-name celebrities like Tommy Chong, who has spoken in the past.

Hash Bash’s list of speakers, which is still being finalized, is mostly made up of those who have been active and really worked on behalf of the community, Lowell said.

“We were faced with big money interests trying to take away existing rights, really bad legislation,” he said. “And sometimes that legislation is even well-intentioned, but lawmakers and their decision-making process are so lacking in information that we’ve been forced to respond.”

Dargay said he got involved in drug policy reform and Hash Bash because he previously worked for a drug treatment agency.

“It was pretty early on in my job that I realized our country’s drug policy environment was just super screwed up,” he said. “There are a lot of aspects that run counter to the evidence of the relative harm of certain drugs versus the relative harm of incarceration and fines and imposing criminal sanctions on them.”

Given that Hash Bash has been celebrated virtually for the past two years during the pandemic, with the exception of a smoke protest led by Brook last year, organizers don’t know how many people will turn up as the event makes its full official return to an in-person setting for the 50th anniversary.

Dargay said he was told to expect around 5,000 people, while Lowell said it wouldn’t surprise him if there were up to 10,000, especially if the weather was good.

Some people ask what the Hash Bash is for since marijuana is now legal and there’s no need to rally for it, Lowell said.

“Then some people think it will be the first time we can get together like this in a few years and there are a lot of people looking forward to doing it again,” he said, expressing his optimism. it will be a success.

“The approach in our mind is to put a typical Hash Bash and that could mean different things to different people,” he said. “I mean, obviously, if we were sitting here with Adam Brook right now, he would say it’s a smoke, it’s a protest against the man, who never changes, no matter. But I sort of see it as we’re paying homage to the legacy, paying homage to some of the historical perspective that surrounds this event.

“And then we’re going to focus on being kind of a pro-caregiver/patient, pro-individual rights gathering,” he said, mentioning plans to highlight ongoing activism. “In some ways it could be seen as anti-big-money interests trying to take control of cannabis, but we really want to be more positive about it and just the idea that we’re protecting rights in general. We don’t want to abandon the ground gained over the years by the tens of thousands of people who have worked on this for decades. We have come so far.

A History of Hash Bash and Marijuana Activism in Ann Arbor