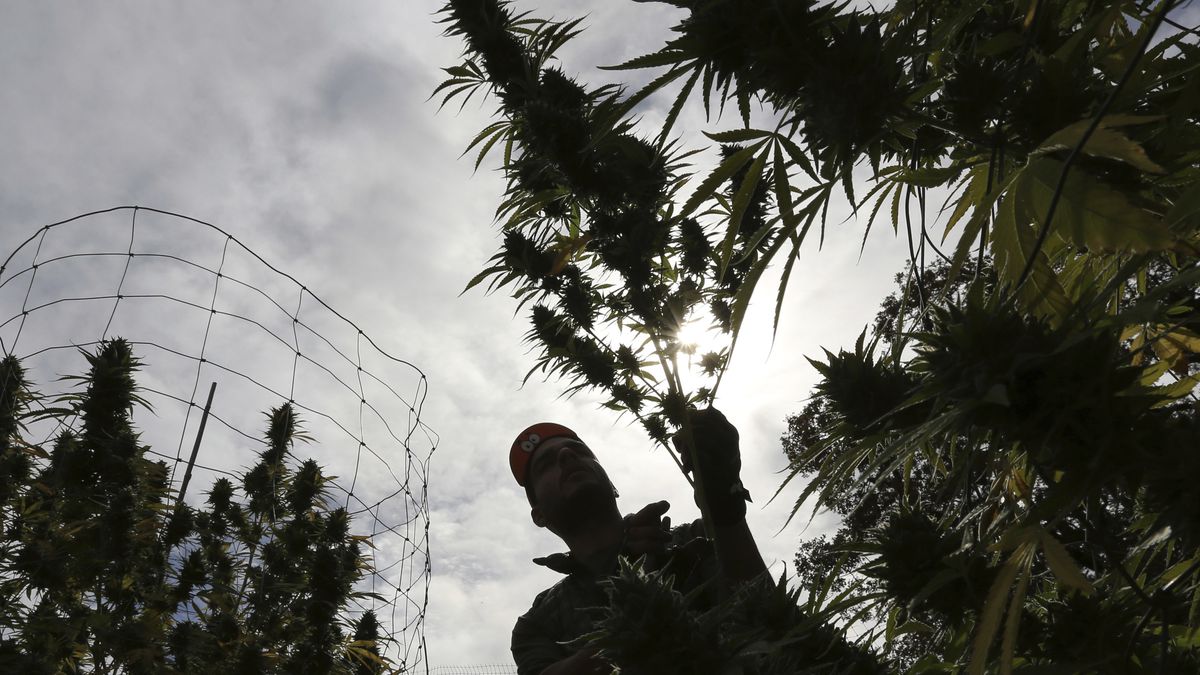 Thousands of immigrants working on illegal marijuana farms in southern Oregon that authorities say are run by foreign cartels live in squalid conditions and are sometimes deceived and threatened by their gang bosses.

The situation has become so dire in the largely rural region near the state border with California, amid a wave of violent crime and water theft for cultivation operations during a severe drought, which Jackson and Douglas counties declared a state of emergency last month.

They asked for state funding and other resources, including the deployment of the National Guard, to properly enforce cannabis laws.

Commissioners for neighboring Josephine County said on Thursday they were preparing their own declaration of emergency. A draft document cites “widespread violations of county codes, state water laws and criminal laws.” Previously, they had written a letter to the President of the Oregon Senate saying the county was experiencing “a tragic increase in narco-slavery.”

A spokeswoman for Democratic Governor Kate Brown, Elizabeth Merah, said there were no immediate plans to deploy the National Guard.

Many illegal marijuana farms in the area operate under the guise of being legal hemp farms, but the crops they grow contain amounts of THC – the component that gives cannabis its high level – well above legal levels allowed for hemp.

State regulators and local law enforcement have been overwhelmed by the number of industrial-scale cultivation sites, which they say number in the hundreds, if not thousands.

There aren’t enough inspectors to test THC content on every site to determine which is legal and which isn’t, officials said. Some sites, often with armed guards, refused entry to state inspectors. Police said they did not have the capacity to search all suspicious sites because each search requires an investigation and search warrants.

And some illegal operations officials refuse to pay workers and have threatened them with violence if they approach authorities or try to resign, according to law enforcement officials and a group that advocates for the rights of migrants and workers. agricultural workers.

“We had several cases in Josephine County, where they were threatened with guns over their heads, ‘If you tell someone, we’re going to hurt your family in Mexico’, or ‘ We’re going to shoot you, ‘”said Kathy Keesee-Morales, co-director of Unete, an immigrant and farm worker advocacy group based in Medford, Oregon.

Some of the workers who say they were deceived reached out to Unete, who tried to help by calling the managers of the cannabis farm and warning them that they might face complaints filed with the Labor Office and the industry in Oregon if they don’t pay workers what they’re owed, Keesee-Morales said.

“A lot of times they’ll pay them just because they don’t want any interaction with the state,” Keesee-Morales said.

The number of illegal marijuana farms in the area, which are not part of Oregon’s legal and regulated marijuana system, has increased this year, with some even emerging along state highways.

They produce tons of marijuana that are sold out of state. Officials believe the cartels selected southern Oregon because it is considered part of the legendary Emerald Triangle, an area in which California’s Humboldt, Mendocino, and Trinity counties form the major part.

The area produces premium cannabis that is “the cannabis microbrewery,” said State Representative Lily Morgan, a Republican from the small town of Grants Pass, the seat of Josephine County.

“You can ask for it on a high dollar all over the world,” she said.

Local landowners often rent or sell their property to illegal cultivators at prices well above normal rates. In one case, a landlord went to her land to negotiate a lease renewal and discovered that the manager of the illegal marijuana farm had left and left the growing equipment and workers behind.

Morgan said the owner told county officials: “These people have been abandoned, there are workers who don’t have IDs, they don’t speak English, they don’t have food. “

Workers had to use holes in the ground for toilets, bathe in makeshift showers, cook in unsanitary kitchens, and live in tents and sleep on cots in shipping containers and greenhouses. marijuana, Jackson County Sheriff Nathan Sickler said.

Sickler said his deputies do not arrest workers for alleged immigration violations and instead distribute cards, in Spanish, provided by Unete, listing agencies that provide free services to migrants.

“There is a fear factor,” said the sheriff. “These individuals know they could be at risk of talking to the police about a number of things, including terms, non-payment.”

As the colder weather now arriving in Oregon marks the end of the growing season for many marijuana grow sites, the indoor illegal operations continue to operate through the winter as they are fitted with lights. heaters that allow cannabis plants to grow.

Sickler doesn’t expect criminal activity to slow down as a lot of money is involved, creating a tempting target for thieves.

Last month, gunmen attempted to rob an illegal marijuana cultivation site and processing facility in the small town of Eagle Point in Jackson County. Three men from Sacramento, California were arrested for theft, unlawful use of a weapon and assault.

Josephine County Sheriff Dave Daniel did not predict any immediate resolution to the problem of illegal marijuana farms.

“This summer was absolutely out of control,” he said. “We expect next year to be just as bad, if not worse.”