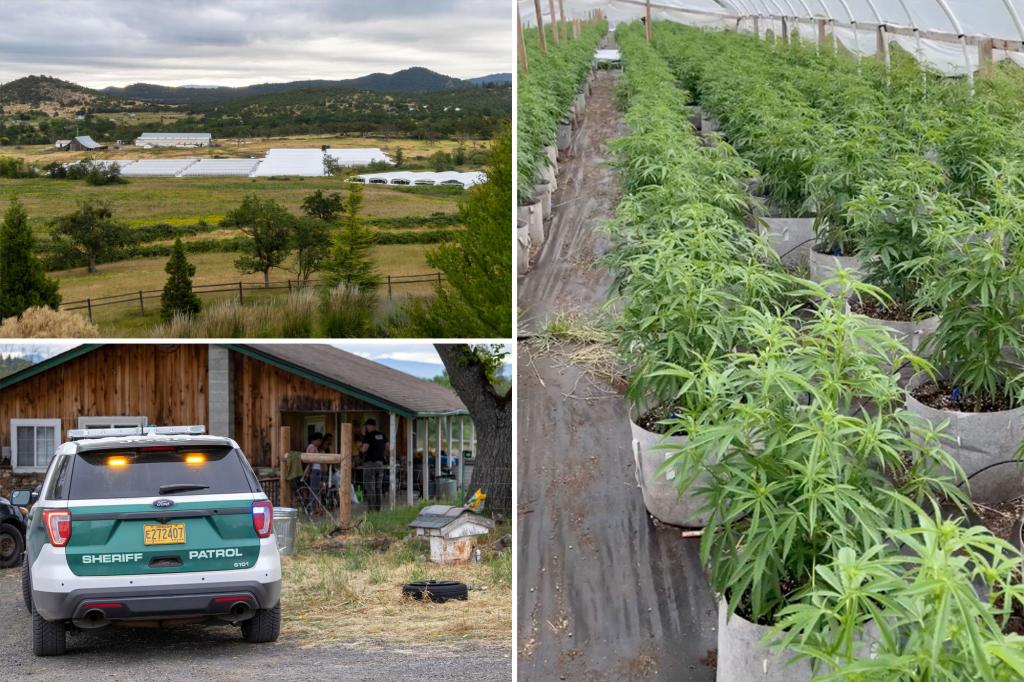 Over 12,000 marijuana plants in 32 greenhouses were seized Thursday from a marijuana grow site in southern Oregon, according to the Jackson County Sheriff’s Office.

A search warrant was served by detectives from the Illegal Marijuana Enforcement Team as well as Jackson County Sheriff’s Office deputies at a rural property in Eagle Point around 6:45 a.m., officials said. in a press release.

Seven workers at the site were detained, questioned and released, officials said.

The grow site had been under investigation for a month and there was no license for any type of cultivation, handling or processing of cannabis, according to the sheriff’s office.

A prime suspect has been identified, the sheriff’s office said.

The statement also said that unauthorized use of well water for irrigation of commercial crops has been observed and is subject to civil and criminal penalties.

The Illegal Marijuana Enforcement Team is a multi-agency Rogue Valley task force funded by a grant from the Oregon Criminal Justice Commission.

What are the other names of Juneteenth? The United States betrays the spirit of the “Jubilee”

The Mainers love their freewheeling medical marijuana market. The state does not know what to do with it.