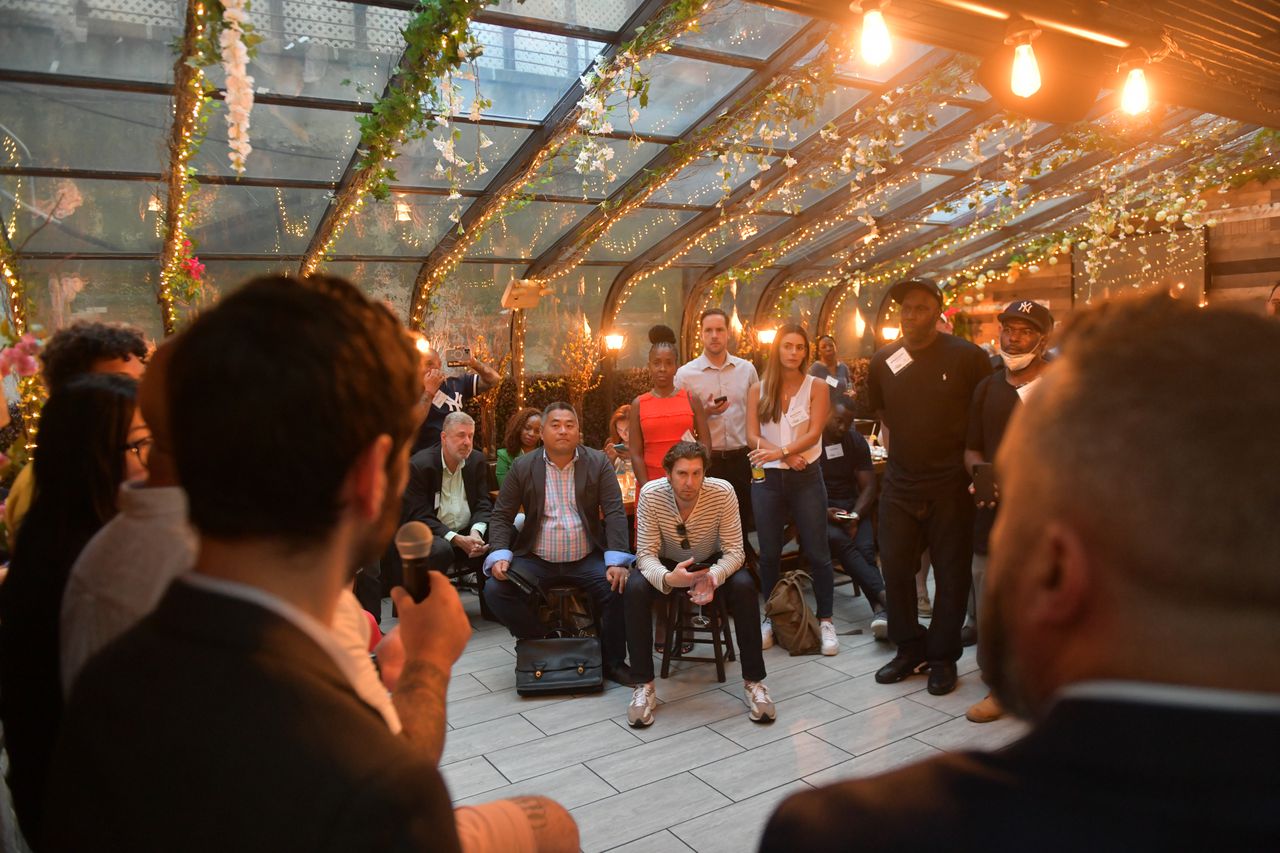 NY Cannabis Insider’s conference program for the rest of 2022 is now available! Get tickets for our Half-day conference in Syracuse September 23 and our one day conference at Tarrytown on November 4.

Have a nice weekend everyone!

It’s been quite a hectic week for NY Cannabis Insider, in and out of the news!

Thank you to everyone who came to the NY Cannabis Insider live event on Tuesday in New York. Over 120 people were at Draft 55 to connect with other cannabis players, as well as participate in a discussion led by four panelists who shared their thoughts on the CAURD program and the future of the cannabis market in New York. .

“We must all continue to push to hold these government and political officials accountable,” said Ngiste Abebe, president of the New York Medical Cannabis Industry Association – the presenting sponsor of the event.

Reporter Sean Teehan reported that the OCM released the number of first-round dispensaries allocated for each region of New York. There will be up to 150 dispensaries for CAURD candidates and another 25 for non-profit organizations. The state bases these numbers on each region’s commuter-adjusted population, so Manhattan will have the most dispensaries with 22, followed by 20 on Long Island and 19 in Brooklyn.

Sean also covered the rebranding of the NY Cannabis Growers and Processors Association: the trade group will now be called the Cannabis Association of New York.

Scott Mazza, co-founder and COO of Buffalo’s CBD Vitalitywrote a guest column on what is known and what is not known about CBD and its pain relieving properties. With sports stars like Meghan Rapinoe having incorporated CBD topicals into their routine, Mazza explains why more and more athletes are using it.

Our ongoing “People to Know” series this week presents Nhi Kha, CEO and Founder of Sativa Remedy Hemp Dispensary. Kha has been in the cannabis market for four years. After working as a cannabis liaison and seeing the difference it made in his father’s health, Kha works to help others find the right products people need.

NYC attorney Jeffrey Hoffman continued his “Ask Me Anything About NY Cannabis” series, with answers to questions like: Will NYC’s Weed World trucks get a license? What information on packaging regulations is expected? If I have a permit, can my spouse apply for another permit?

Finally, in another great NY Cannabis Insider exclusive, Sean reported on big news which came out of NECANN in Albany on Friday. These details included more information on lending restrictions, that licensees will have a say in the design/construction of their store, and that fundraising for the Cannabis Social Equity Fund of $200 million is expected to begin in September.

It’s all for this week. Stay tuned for more cannabis news to come! Have a safe weekend!

Pulling out a single weed…