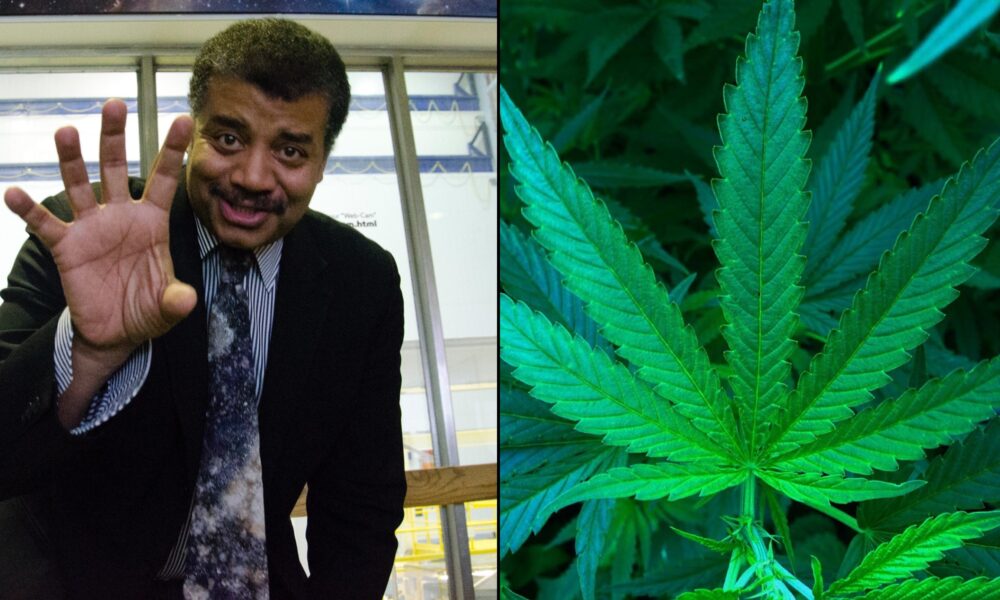 Neil deGrasse Tyson might be best known as an astrophysicist whose expertise lies in the cosmos beyond. But he says there may still be mysteries to be unraveled here on earth when it comes to undiscovered plant life with psychedelic potential.

In an episode of his StarTalk podcast, Tyson and Harvard University neuroscientist Staci Gruber discussed how marijuana has been used for its psychoactive properties for thousands of years. This got Tyson thinking: what kinds of plants and fungi might still exist with untapped psychedelic potential?

Gruber answered the question, agreeing that there’s “tremendous potential in plants, and I think we see that with other things – mainly these days we hear about it in the hallucinogenic space like ayahuasca or these other kinds of natural things, mushrooms.”

“There is enormous interest in terms of therapeutic application,” she said, adding that this interest has been evident for millennia.

Of course, while cannabis has survived through human civilization, it stands to reason that many species that might have contained psychoactive substances have died out. A 2019 study estimated that nearly 600 plant species have been lost in the past 250 years alone.

Even so, more plants with potential therapeutic or psychoactive applications could still exist, undiscovered without a hectic human to consume them, Tyson half-joked. (The best course of action for undiscovered plants would be to subject them to significant phytochemical analysis before even considering clinical trials, but the point of the podcast conversation was to explore an entertaining hypothesis.)

Tyson has made drug policy and science a constant theme of his podcast. Late last year, for example, he also spoke with Gruber about the intersection of cannabis science, politics and sports. And he said he wasn’t surprised at President Joe Biden’s opposition to legalizing marijuana because he’s of the “Reefer Madness generation.”

Also last year, he wondered aloud on his podcast whether nonhuman animals voluntarily take psychedelic mushrooms and whether eating enough cicadas infected with hallucinogenic mushrooms would create a psychoactive effect.

Tyson also told TMZ in 2018 that he doesn’t think people should smoke marijuana in space.

The popular science personality first publicly endorsed the legalization of cannabis in 2017 in response to a question submitted by the editor of Marijuana Moment, saying that “compared to other things that are legal, there is no no reason for [cannabis] ever been made illegal in the system of laws.

However, Tyson also said he does not engage in recreational use himself.