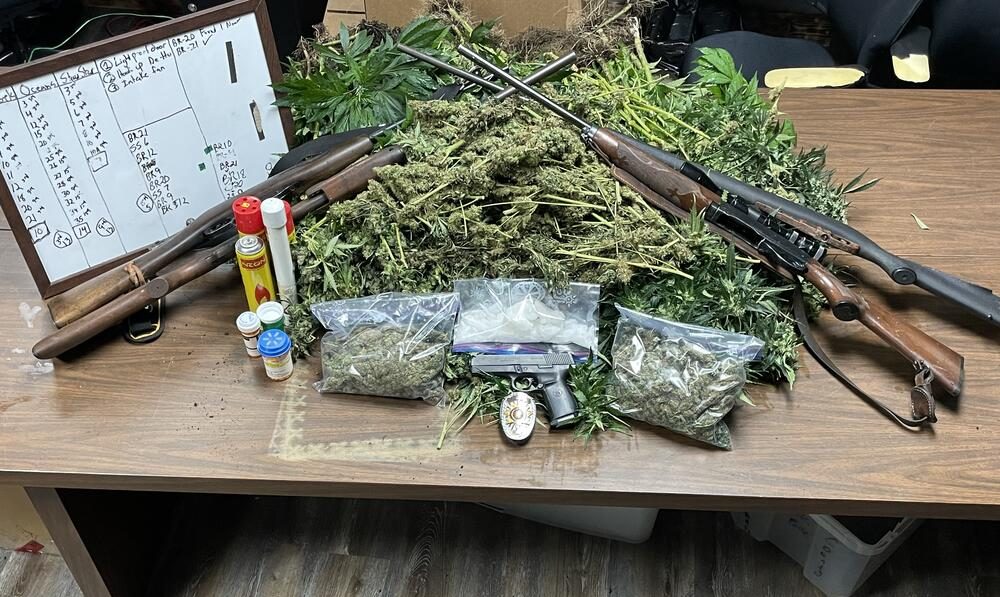 DEKALB COUNTY, Ala. (WHNT) – Two Crossville men are facing drug trafficking charges after a marijuana grow operation and a large amount of methamphetamine was discovered during a search.

Officers and deputies found 191 mature marijuana plants and half a pound of methamphetamine, as well as items suspected of making marijuana THC concentrate or dabs.

Bruce and Plunket were taken to the DeKalb County Detention Center on bail of $124,500 each.

“Great work from our narcotics unit! These subjects had a criminal drug enterprise in the area, and we were happy to break it up!” DeKalb County Sheriff Nick Welden said in a statement. “I know some might say marijuana isn’t that dangerous, but drug dealers don’t care about ‘dangers’ and don’t limit themselves to weed, and this is a good example of that. Their goal main thing is to make money, and they don’t limit themselves to what they consider ‘safe’.”

“We are also pleased to have members of our narcotics unit on federal task forces who can now pursue federal charges in these matters for harsher penalties,” Welden said.

The investigation is ongoing and Sheriff Welden said other charges may be pending.