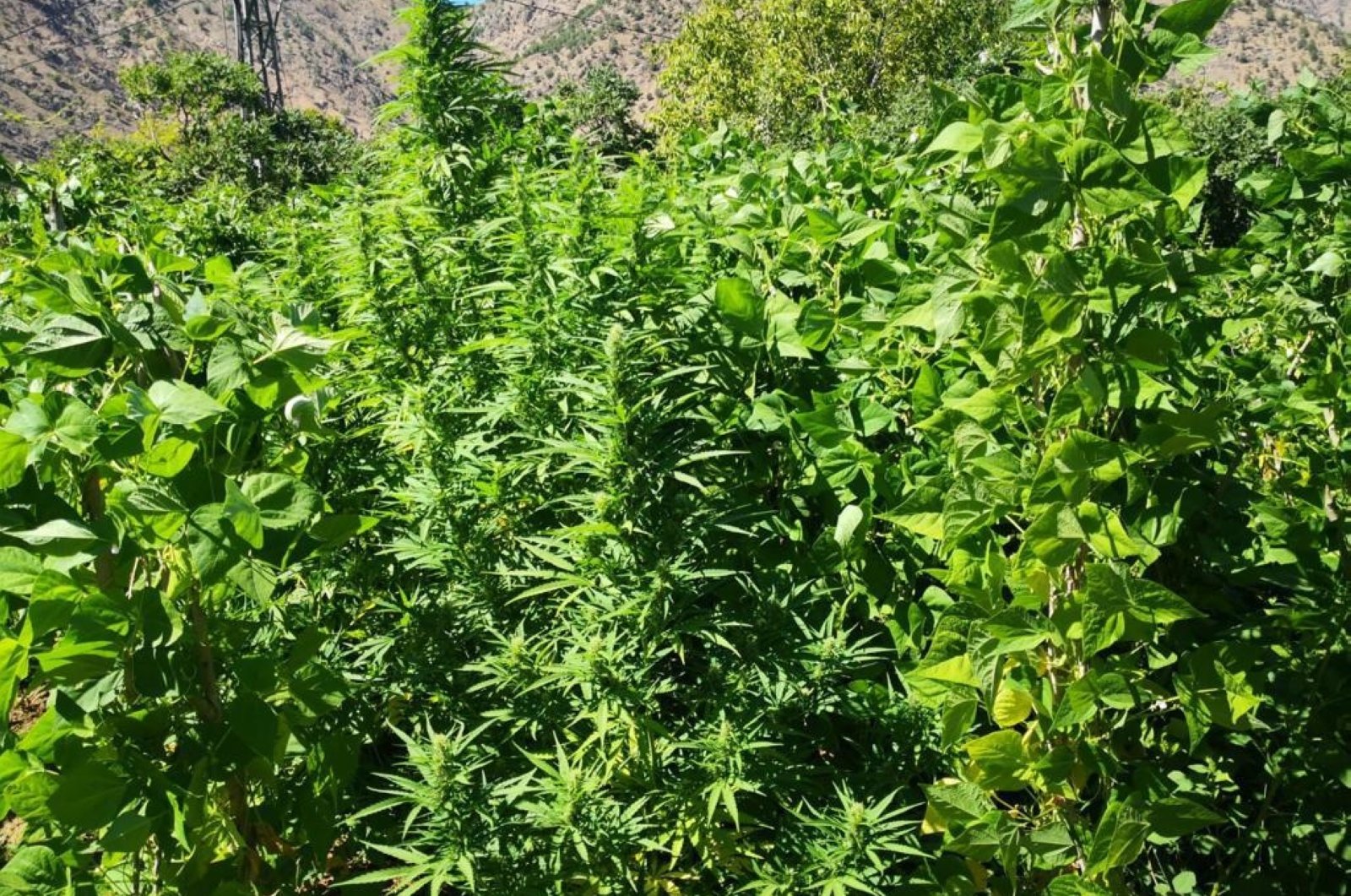 The Interior Ministry announced on Sunday that more than 3.2 million cannabis plants had been confiscated in the eastern province of Bingöl.

The seizure came amid the Türkiye Gendarmerie Forces’ Operation Eren Abluka-9 against terrorism. The current operation also targets “narco-terrorism”. In 20 locations in a rural neighborhood of Bingöl, soldiers discovered cannabis fields and in one location, 26 kilograms (57.32 pounds) of marijuana were seized, along with explosives buried in one location.

In recent years, Turkey has intensified its efforts to cut off the supply of drugs to the terrorist group PKK, considered the largest narcotics trafficker in Europe, with Interpol estimating that up to 80% of European illicit drug markets are supplied by traffic controlled by the PKK. networks. The PKK is the main terrorist group in the eastern regions of Turkey where it tries to recruit members. In addition to playing a key role in drug trafficking between Europe and Asia, the terrorist group uses several regions it controls in northern Iraq and Syria as centers of heroin production and other drugs.

Experts say that Lice, the birthplace of the PKK in the southeastern province of Diyarbakır, and the southeastern region are favored for the cultivation of cannabis because its favorable climate and the mountainous terrain prevent easy access to the forces of security. Although no concrete figures are available, authorities estimate that around two-thirds of the illegal cannabis grown in Turkey is grown around Diyarbakır. Turkey is a transit route for drug traffickers operating between Asia and Europe. Drugs from Asia are smuggled into Europe via Turkey, while synthetic drugs produced in Europe are smuggled into the Middle East.

Keep up to date with what is happening in Turkey, in its region and in the world.