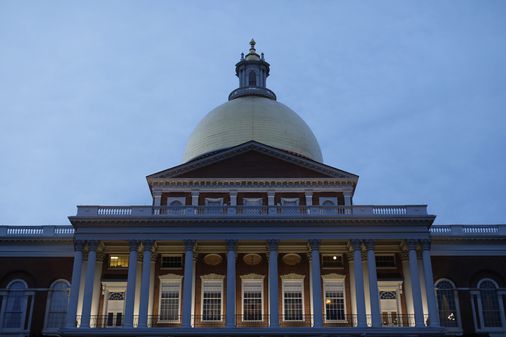 A legislative conference committee — tasked with reconciling differences between bills approved by the state House and the Senate earlier this year — released its final version of the measure shortly before midnight on Sunday. The late-night compromise was part of a frantic race by lawmakers to finish important bills before the end of their official legislative session on July 31.

State Senator Sonia Chang-Díaz, a co-sponsor of the cannabis measure, said lawmakers are sending Baker “an excellent piece of legislation.”

“It will level the playing field, where until now wealthy corporations have been able to navigate their way through the licensing process and too many local small business owners and black and brown entrepreneurs have been put locked out,” she said in a statement, adding that the reforms “would put Massachusetts back among the leading states for racial justice in our cannabis economic policy.”

Massachusetts voters legalized recreational marijuana use in 2016. Lawmakers rewrote that law eight months later. But it soon became clear that the law underpinning a new multi-billion dollar industry had flaws.

Proponents had spent years pushing for a rewrite, arguing that a few simple fixes would fix glaring issues. Topping their list of complaints: an onerous municipal approvals process that has been embroiled in two federal corruption investigations, and a lack of institutional funding that has allowed large corporations backed by wealthy private investors to dominate the economy. space at the expense of smaller local businesses. owned businesses with more diverse ownership.

“Lawmakers made history tonight with this vital – and overdue – grant and loan fund,” said Shanel Lindsay, a cannabis lawyer and co-founder of advocacy group Equitable Opportunities Now. “This bill is an important step forward in redressing the harms of Prohibition and over-policing and will provide families of color with an important avenue to create jobs in their communities and generate generational wealth.”

The original Senate bill earmarked 10% of the state’s 10.75% tax on recreational marijuana sales for the fund, while the House measure set the proportion at 20%. The final legislation will see 15% of the tax go towards the fund, which is intended to benefit so-called equity and economic empowerment candidates.

Former and current regulators from the state’s Cannabis Control Commission, Massachusetts’ pot regulator, have backed the fund and other key provisions of the bill, warning officials lack the tools to fulfill their mandate. legal to create fair and diverse marijuana. industry after decades of racially disproportionate drug arrests.

In addition to approving the loan fund, the agency has repeatedly sought permission to clamp down on excessive “impact” fees charged by municipalities to potential cannabis operations. Critics say the payments far exceed the actual costs the facilities impose on their host communities and act as a barrier to entry for small businesses.

The Massachusetts Municipal Association had lobbied vigorously against greater enforcement of nominal limits on such fees, saying it would interfere with voluntarily negotiated agreements and remove the incentive for cities and towns to house marijuana businesses. But it appears those concerns ultimately didn’t sway lawmakers — previous versions passed nearly unanimously in the House and Senate, with just two dissenting state officials.

“We commend the conference committee for passing the long-awaited reform of the onerous fees that municipalities have been extorting from small cannabis businesses for the past five years,” he said. “This change will finally send a clear message to municipalities: it’s time to show the receipts.

O’Brien said his association also welcomes a provision in the legislative package that eases the tax burden on marijuana businesses by allowing them to deduct expenses from their state returns like any other business. (Because the drug is illegal under U.S. law, state-licensed cannabis operators cannot deduct typical expenses from their federal returns.)

Baker has 10 days to act on the bill. Among his options: sign it into law, veto it, and send it back to lawmakers with changes.