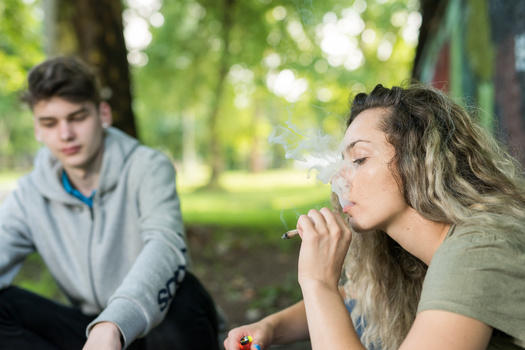 According to the National Institute on Drug Abuse, about one in six teenagers who start using marijuana becomes addicted to the drug. (fontoniser / AdobeStock)

COLUMBUS, Ohio – Substance abuse prevention experts in Ohio are sounding the alarm bells about the dangers associated with marijuana use among teens with mood disorders.

According to Ohio State University College of Medicine research, adolescents and young adults with mood disorders who use marijuana are at significantly higher risk of self-harm, suicide, and overall mortality.

Bobby Persinger, deputy executive director of the Prevention Action Alliance, argued that more awareness is needed about the effects of marijuana.

â€œA lot of people feel like consuming marijuana or cannabis is harmless,â€ Persinger said. “It is not harmless. There are risks associated with cannabis use disorders, particularly in young people and those undergoing some sort of mental health diagnosis.”

According to the American Academy of Child and Adolescent Psychology, adolescent marijuana use is at its highest level in three decades.

But pro-cannabis organization NORML maintains that other research shows no measurable difference in adolescent marijuana use over the past two decades.

Persinger said that marijuana slows down processing of the brain, which impacts basic functioning.

â€œIt slows down your thinking skills, it slows down your reaction time,â€ Persinger said. “If you already have a chemical imbalance because you have been diagnosed with depression, cannabis will further deter healthy, happy, and safe decision-making.”

Persinger noted that cannabis use may worsen symptoms of mood disorders in adolescents or interfere with treatment.

â€œWe always talk about these moody teens, but when we talk about mood disorders, they’re clinically diagnostic conditions,â€ Persinger said. “More often than not, you think about things like depression or anxiety.”

Medical marijuana research use in psychiatry is evolving, and there are indications that it is beneficial in the treatment of anxiety, PTSD and insomnia.

Disclosure: Prevention Action Alliance contributes to our reporting fund on alcohol and drug abuse prevention, health issues and mental health. If you would like to help support the news in the public interest, click here.

How to Buy and Enjoy Cannabis Legally in Alaska