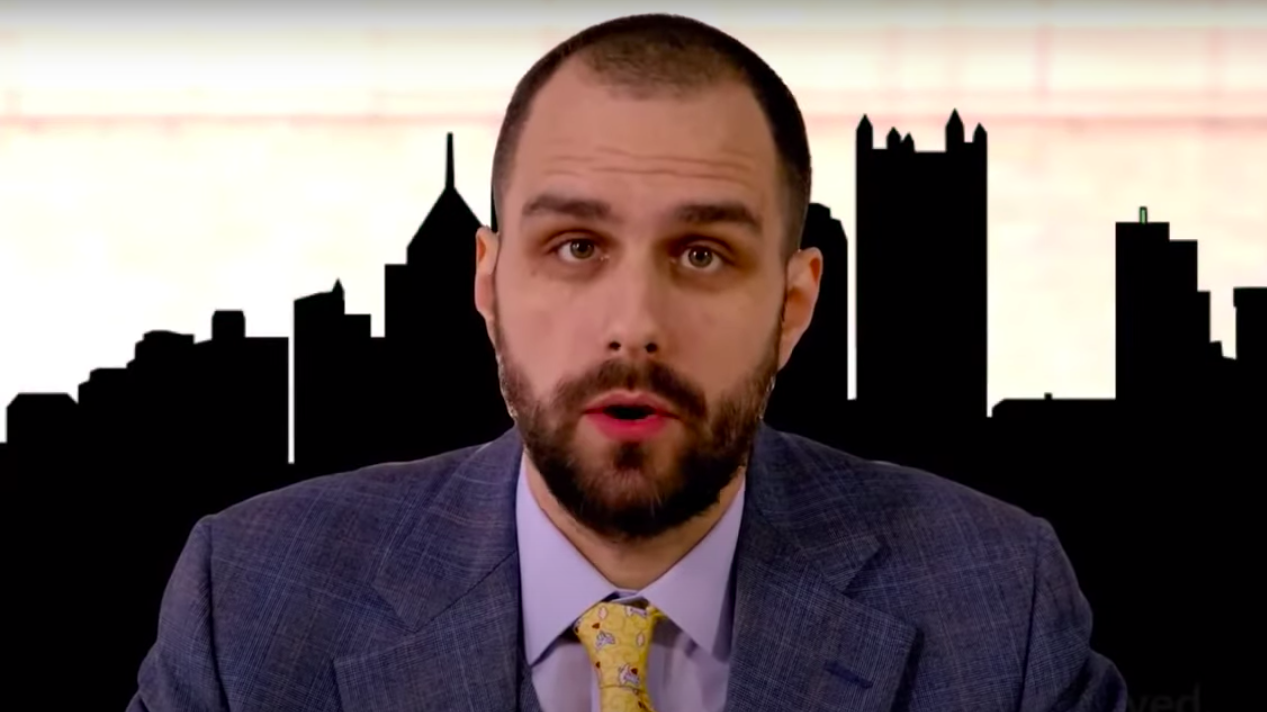 Companies sold approx. $30.6 billion of legal marijuana last year, making cannabis one of the fastest growing industries in the United States. Marijuana arrests, therefore, are down. None of this comforts a 40-year-old man from Pittsburgh named Daniel Muessig, however, who faces five years in prison for selling weed. A former lawyer with no criminal history, Muessig pleaded guilty last year to federal royalties conspiracy to distribute 100 kilograms or more of marijuana and possession with intent to distribute 100 kilograms or more of marijuana.

U.S. District Judge Arthur J. Schwab sentenced Muessig on Tuesday, March 8, citing “the seriousness of the offense” and the need to “promote respect for the law.”

Muessig became embroiled in a sweeping federal investigation into cocaine and heroin trafficking when officers discovered more than 400 pounds of marijuana during a raid on a “hideout” in Squirrel Hill on May 24, 2019. ( Muessig admits to selling marijuana but says he never sold or took harder drugs.) He escaped the raid on foot and lived in limbo for more than two years. Gradually, his fear of going to prison gave way to hope; he and his wife, Laura Boyarsky, began the process of adopting a child.

But that all changed when he was charged last August and pleaded guilty in November. Federal law requires a minimum five-year sentence for his crimes. The mandatory minimum “removes any consideration of past history,” says Morgan Fox, political director of the National Organization for the Reform of Marijuana Laws, known as NORML, which supports the legalization of weed.

Muessig’s case is unusual, but far from unique. In fiscal year 2020, federal courts convicted 1,118 people of trafficking marijuana, according to the US Sentencing Commission. Some 62% were Hispanic and 18% were black.) “Federal prosecutors, in general, have not prioritized cannabis issues,” Fox said. “But they have the ability to do it.”

Last month, for example, Fayao “Paul” Rong, 51, was arrested and charged with the trafficking of large quantities of illegally grown marijuana in Oregon; if convicted, he faces a mandatory minimum sentence of 10 years (due to the large amounts of marijuana involved). The vast majority of marijuana arrests (about 350,000 in 2020) have been made at the state level, but most states leave discretion to judges in sentencing.

To avoid the five-year minimum, Muessig could have provided evidence against others involved in the drug trafficking ring. He refused. “I’m not a snitch,” he said. “It’s against my moral code. No one will go to jail for marijuana on my watch if I can prevent it.”

Muessig grew up in a middle-class home in Squirrel Hill, a close-knit Jewish neighborhood in Pittsburgh. He first worked as a rapper, touring Europe and selling CDs and records. He then became a criminal defense attorney, enjoying a few minutes of fame when he released a brash Youtube video with testimonials from men, who appeared to be his criminal friends, thanking him for saving them. “I may have a law degree, but I think like a criminal,” Muessig says in the video. Slate called it “the best (or worst) avocado commercial ever”.

When Muessig realized the video could prejudice prosecutors and judges against him, he ditched the law and turned to what he knew: pot. Pennsylvania has not legalized marijuana for recreational use, but “People needed cannabis here,” says Muessig. “I did it for the money, yes. I also did it because people in our community deserved access to it before the government and financial interests decided it was right for them to get it. .”

President Joe Biden said last year that “no one should go to jail for using drugs,” but he has done little to curb the war on drugs. Biden and Congress could end all federal lawsuits against marijuana by removing the drug from Schedule I of the Controlled Substances Act, which is supposed to be reserved for dangerous drugs with no accepted medical use. Biden could also ask the Justice Department to stop the marijuana lawsuits. He has also been urged by reformers to pardon federal prisoners who are now incarcerated for drug-related offenses. About two-thirds of Americans say they support legalizing marijuana, according to Gallup.

Andrew DeAngelo, chairman of the board of an advocacy group called The Last Prisoner Project and a Muessig supporter, said, “Nobody should be locked up for weed. That’s clearly wrong.” DeAngelo and his brother Steve both served time for possession of marijuana before establishing the largest medical marijuana dispensary in Harborside, California. They have seen the business from all angles. Biden can’t shake “the prohibitionist mindset,” says Andrew. “We just have to keep sowing hell.”

Muessig, for his part, is resigned to his fate. “I will take my punishment like a man,” he told the judge. His imprisonment will do little more than create a market opportunity for the next marijuana distributor in Pittsburgh.

How do you talk to kids about marijuana in a state where it’s legal?