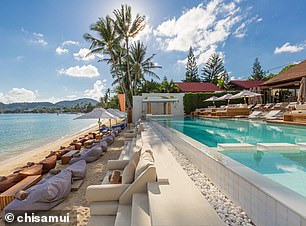 A tropical island paradise just nine hours from Australia is being dubbed the ‘new Amsterdam’ as tourists flock there following a change in cannabis laws.

Visitors smoking joints on the beach or even indulging in cannabis-infused pizzas are now commonplace on the island of Koh Samui in Thailand.

This is in stark contrast to just months ago, when those caught in possession of cannabis faced lengthy prison sentences.

Since June, cannabis has no longer been classified as an illegal drug in Thailand, with tourists now seeking the holiday destination to take their relaxation to the next level.

While cannabis is no longer on the list of prohibited narcotics, its recreational use has technically not yet been passed into law, leaving a legal gray area that Koh Samui takes advantage of. 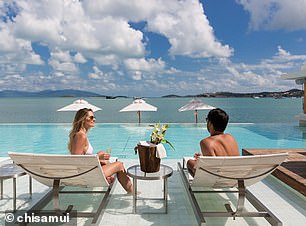 Dubbed the ‘new Amsterdam’ Koh Samui, is just a nine-hour drive from Australia as tourists flock to the vacation town where cannabis reigns supreme 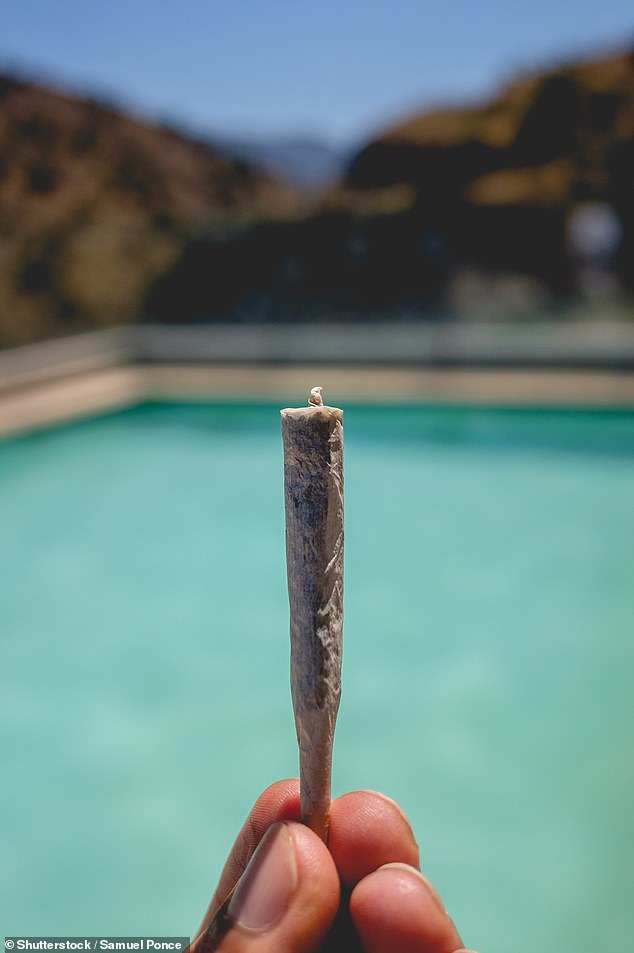 Tropical Koh Samui is teeming with people lounging in luxurious beach clubs, cooling off in the pool, drinking booze and making the most of their lax cannabis laws.

Previously, possession of cannabis in Thailand could result in a prison sentence of up to 15 years, as the plant was classified as a category five narcotic.

Thai law – until decriminalization of the drug in June – stipulated that a person accused of producing, importing or exporting cannabis would face two to 15 years in prison and/or a fine of 8,000 to $60,000.

For disposal or possession of the drug, the penalty was two to ten years imprisonment and/or a fine of $1,600 to $8,000.

The owner of luxury beach club Chi Samui, Carl Lamb, told the ABC that the decriminalization of cannabis was a game-changer.

Technically, while people can be charged with being a nuisance for smoking in public – with a maximum sentence of three months in jail and a $1,000 fine – Mr Lamb says police told him they would only stop him at his club if people started complaining.

A jet-setter staying at the resort said he had traveled from the UK to experience the island paradise, saying it was “like the new Amsterdam”.

‘We came [to Thailand] when marijuana was not available, so a month into our journey you could buy weed everywhere – in bars, in cafes, on the street. So we smoke it and it’s like, isn’t it cool? It’s amazing,” said Carlos Oliver. 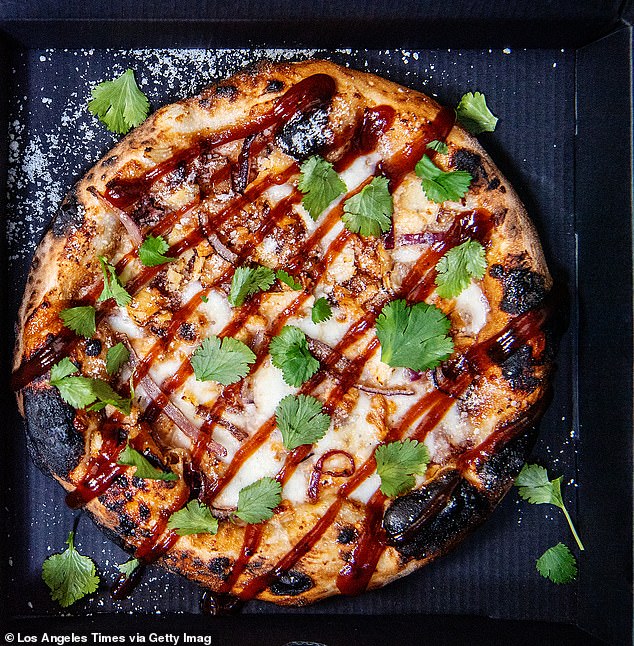 A beach club in holiday destination Chi Samui has a separate five-page menu dedicated to a range of marijuana-infused foods, drinks and desserts (stock image)

‘Ganja’ has taken over the holiday destination with cannabis-infused dishes now on the Koh Samui menu, with many opting to smoke freshly rolled joints by the pool.

Chi Samui has a separate five-page menu dedicated to a range of marijuana-containing foods, drinks, and desserts.

It offers cocktails, lemonade and teas containing the drug as well as starters such as Hemppus – hummus infused with green curry hemp sauce and CBD oil.

Main courses include dishes such as pastas, pizzas, burgers and Thai dishes, all infused with ‘ganja’.

The meal options also have deliciously creative names such as “canna get much better brownie”, “pimp my pasta”, “wey good lamb”, and “chilli con canna”. 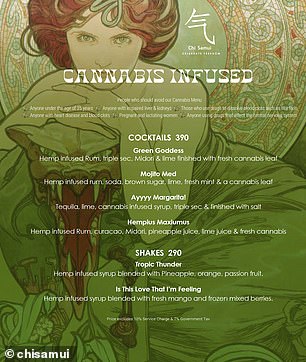 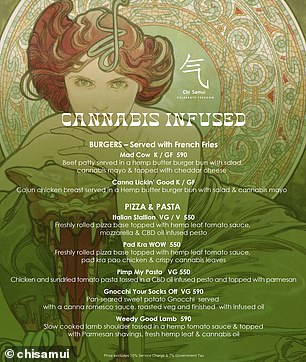 The menu features dishes such as pastas, pizzas, burgers and Thai dishes, all infused with ‘ganja’, as well as a range of cannabis-infused drinks.

Thailand is the first country in Asia to legalize the cultivation and trade of marijuana.

The change ended decades of prohibition, as people are now even allowed to grow the plant at home for their own consumption.

However, cannabis extracts, which contain more than 0.2% by weight of THC (tetrahydrocannabinol), the main psychoactive compound found in marijuana, remain illegal.

Professor Sarana Sommano from Chiang Mai University’s Department of Plant and Soil Sciences, however, said there was always a risk of being accused of lighting in public.

“There are still risks. The problem is that cannabis is no longer considered a narcotic, but there are no ministerial regulations and rules governing its use,” she said.

When the law went into effect in June, 4,000 inmates who were serving time across Thailand for cannabis, marijuana and hemp offenses were all released.

Gloria Lai, Asia Regional Director of the International Drug Policy Consortium, said: “People facing cannabis-related charges will see them dropped, and money and cannabis seized from people charged with related to cannabis will be returned to their owners.”