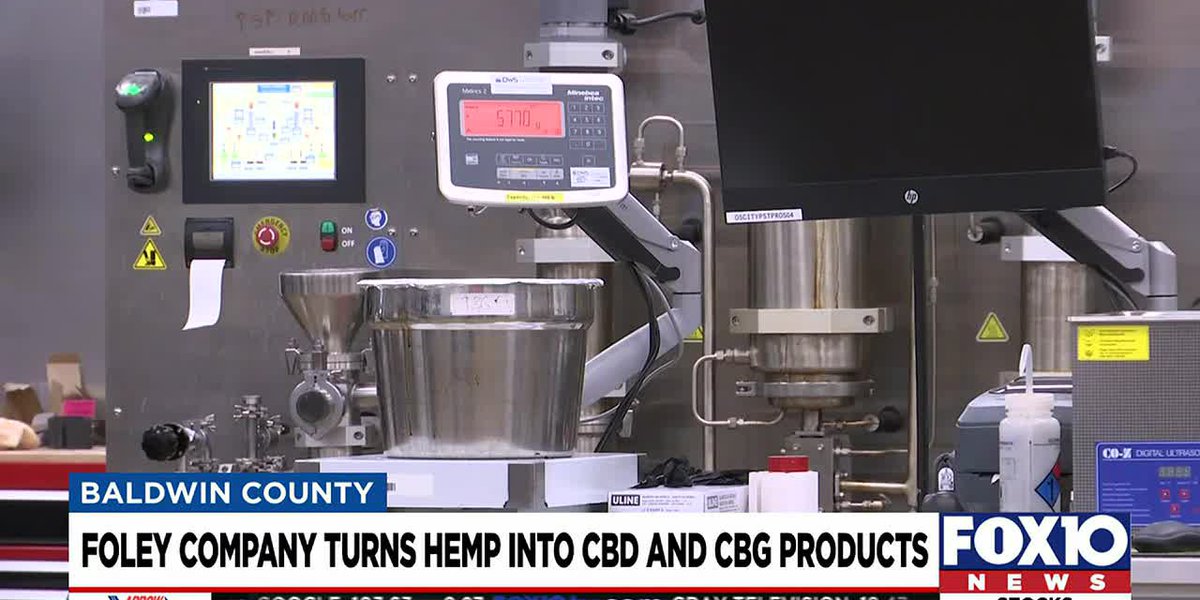 FOLEY, Ala. (WALA) – More than 230 businesses statewide have applied for medical marijuana licenses, including 18 in Mobile County and 13 in Baldwin County, according to the Alabama Medical Marijuana Commission.

Others are considering the idea. That includes Foley-based Oscity Labs, founded four years ago by former Mobile Mayor Mike Dow and others.

Oscity Labs didn’t ask for a license and didn’t even ask for an application. But Dow, the company’s co-founder, says it’s something the company is considering. He already has a seed-for-sale operation that processes hemp into various products, like CBD and CBG.

Dow told FOX10 News he got into the industry out of concern for veterans.

“It helps them,” he said. “You can get products for sleep, for mood, for anxiety, for calm, for those kinds of things. And there’s kind of a real need in this market for a lot of health and well-being. be.

The state is creating a tightly regulated medical marijuana industry. The commission plans to award licenses in June 2023 – 12 to cultivators, four to processors and dispensaries, and five to integrated facilities, which will allow companies to perform all four functions. The commission will also award an unspecified number of licenses to transport the product and serve as public testing labs.

For now, Oscity Labs is relying on its hemp business. Under state law, it can produce a variety of products – marketed as treatments for ailments as varied as ant bites, burns and insomnia – as long as they contain less than 3% THC. . It is the active ingredient in marijuana.

The company moved two years ago to a former sweet potato chip factory in Foley. She grows hemp on her 350-acre farm in Brewton and processes it at the Foley plant. This involves drying and dehydrating the hemp plant and then storing it.

The facility then extracts the cannabinoids from the hemp plant. CEO Ray French said there are around 140 different cannabinoids. After cleaning and removing remaining impurities, the facility is left with distillates, used to create products like CBD and CBG.

French said the business, including the farm, employs about 20 full-time workers as well as part-time farmhands.

“We are truly excited to be able to bring these jobs and these products here to the State of Alabama and are working to build a team that can bring accurate and effective products to market,” he said. .

Christopher Whaley, a Daphne native who worked in industry in Colorado before returning home to become chief scientific officer of Oscity Labs, said it was an incredibly complicated process, especially in the industry. high humidity of Alabama.

“To get it to this level of purity, it takes days and days of processing,” he said. “From the time we bring a flower here to the time I create a finished distillate, there’s probably a seven working day turnaround.”

Dr. Sean Hollonbeck, the company’s chief medical officer, said cannabinoids don’t have the same side effects as many prescription painkillers.

“And I could see the side effects, especially in pain management, and sleep issues,” he said.

Hollonbeck said the healing properties of hemp work by increasing body chemistry. He said he became interested in the field during his time in the military.

“I started to get interested in this field because, like many scientists and doctors, I heard about it, right? ” he said. “But I didn’t really know. And they certainly didn’t teach it in medical school.

Download the FOX10 weather app. Receive severe weather warnings and alerts for your location, wherever you are. Available for free in the Apple App Store and the Google Play Store.

Enemies of legal pot in the state raise $1.8 million in August