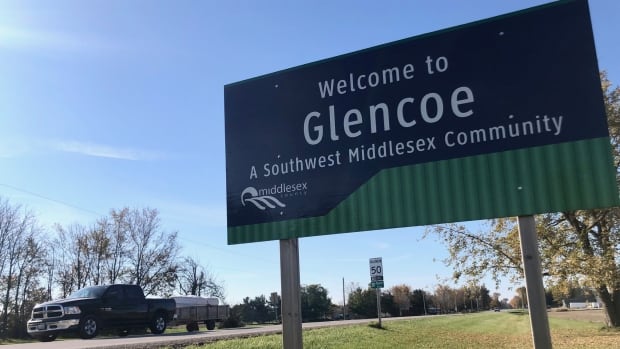 When Derrick Lucas and his business partner opened their first cannabis store in Watford, Ontario, they opted for a country vibe: wood floors, chalkboard menus, a set of John Deere green lockers.

Cauldron Cannabis opened last May and is expanding to a second location.

“I decided that with the support we had at Watford, there was no reason we couldn’t take our show to another small town,” Lucas said.

Their second store is slated to open in Glencoe, in southwest Middlesex, a rural community about 45 minutes west of London. Lucas is one of many small business owners entering the legal cannabis trade in rural Ontario.

The Alcohol and Gaming Commission of Ontario (AGCO) is responsible for issuing business licenses and authorizing cannabis retail store locations. In the London area, the AGCO lists many pending applications for rural communities such as Exeter, Lucan-Biddulph, Dorchester and Port Stanley.

If all goes according to plan, Cauldron will open on Main Street in Glencoe by the end of November.

The pot store is moving to where others have moved. Downtown Glencoe stretches about four blocks along Main Street – a stretch with about 10 empty storefronts.

Brooks Marsh has lived in town for 15 years and says he’s welcoming a new store on Main Street. As a “child of the 60s and 70s” he is content to be a cannabis store.

“I think there is a market for this at Glencoe,” he said. “There are a lot of people who also depend on CBD oil and THC, for pain and anxiety and whatever.”

He expects Cauldron to bring customers from surrounding towns, people he says are currently buying their cannabis online or at larger centers.

It’s high time to move to the countryside

While many rural Ontarians lack options for the retail sale of legal cannabis, in some cities in Ontario it’s a very different story.

The City of London currently has dozens of new requests for cannabis stores from AGCO, either pending or authorized to open.

Jay Rosenthal is the co-founder and president of Cannabis trade, a website that tracks the latest news and trends in the cannabis industry. He said mature cannabis markets in the United States, such as Colorado, Oregon and California, offer insight into how many retailers may exist in the same location at the same time.

“Economists suggest the ideal ratio is one store for 7,500 or 10,000 people,” he said. “To get that here, it’s great. Unless three or four hundred of them are in Toronto, the rest of the province is actually not well served.”

He said these numbers could steer retailers towards “greener pastures” in rural communities, although this is ultimately decided by the market.

“I think, of course, we’ll see a lot more open,” he said. “And where there is too much density, unfortunately we will see some kind of shutter, and maybe try to find a new location.”

Not just another bag of cannabis

During this time, residents can submit written comments, expressing their concerns on topics such as public health and safety, the impact on young people, or the restriction of illegal activities.

Cauldron Cannabis’ notice period ended on October 20. According to the AGCO, he only received one submission from someone concerned about the effects of cannabis on children and youth.

Lucas said he still has work to do on the building before he can open, but when he does he looks forward to connecting with the community.

“We want people to feel important,” he says. “It’s not just another bag of cannabis coming out the door.”