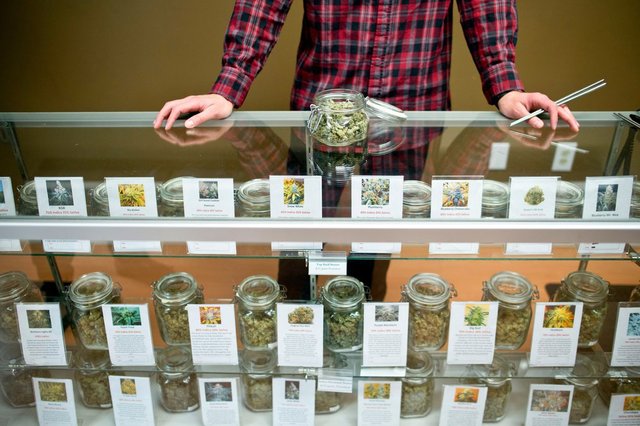 As many as 60 businesses or individuals have expressed interest in obtaining one of three licenses that will be available for legal marijuana sales within the city limits of Manteca.

The document specifies how much the city will receive in annual profits from the retail sale of marijuana. This would be in addition to the city’s share of one cent of the basic sales tax plus the Measure M public safety tax of one-half cent.

The city expects the process of finalizing the outline of a community benefit contract, selecting candidates and finalizing the issuance of permits to last until late this year or early 2023. .

Lundgren stressed Thursday that staff are taking the time to be thorough to ensure the city and community are protected.

Critics argue that the legal marijuana market is oversaturated and the expected fallout for Manteca’s general fund won’t be as robust.

Even if it does, it will end what economists call the “retail bleed,” much like the decision 16 years ago to secure Costco with a sales tax split that has since expired.

Records kept on purchases by Costco showed the city lost about $700,000 a year in local sales taxes based on Manteca residents shopping at Costco stores in Modesto and Tracy.

With marijuana storefronts, the city does not waive any portion of the sales tax. In place. the city receives additional money beyond what it would normally be entitled to receive.

This means that legal sellers of Modesto cannabis will be affected in about six months.

Modesto Marijuana Suppliers have recorded sales to more than 7,000 people ages 21 and older in ZIP Codes 95336 and 95337 which cover the city of Manteca and surrounding rural areas.

It is highly likely that most of these sales will be trapped by Manteca pot shops which could also benefit from customers in nearby towns such as Ripon and Escalon which do not have legal sales.

Other possible losers are those who believe that easier access to marijuana will further encourage the use of cannabis products that have been legal for adults 21 and older to use recreationally for several years. in California and therefore potentially creating more – or exacerbating – problems related to pot abuse and overconsumption. Many of these concerns span the same range as for alcohol, from impaired driving to addictive behavior

The big winners will be the companies that successfully obtain one of the three retail permits the city will issue, as well as the city of Manteca itself.

Based on similar community benefit agreements in other jurisdictions, the city could get up to 5% of marijuana retail profits that could be used to ensure public safety, prevention of addiction and drug awareness, homelessness, mental health and drug issues, code enforcement, and assume any related community impact.

Other winners include law-abiding residents of Manteca, those who no longer have to travel to Modesto or other jurisdictions where these sales are legal. Those with no way to get to Modesto also needn’t rely on what they say is spotty delivery service from out-of-town dispensaries that leaves them with little choice for examine the products before buying them.

It is also expected that some of those who buy weed on the black market will switch to legal marijuana which is tested extensively for the amount of THC and to ensure that there is no hazardous chemicals absorbed into products during cultivation and processing.

At the same time, city officials are under no illusions that the black market will be hit hard because of the price difference. Regulated and taxed marijuana costs what some users describe as “significantly more” than the black market.

Concerns have been raised over the past year by the legal marijuana industry that it is “on the verge of collapse” financially and is unlikely to dampen the enthusiasm of businesses to open in Manteca.

In addition, the solutions advocated by the trade group have an impact on the cultivation tax imposed on producers as well as on the excise tax, which are both imposed by the State.

The passed Manteca ordinance also requires licensing to pay a fee to make the city whole in terms of the cost of vetting applicants as well as their ongoing monitoring of marijuana operations by law enforcement and financial monitoring. This is in addition to sales tax and community benefits proceeds.