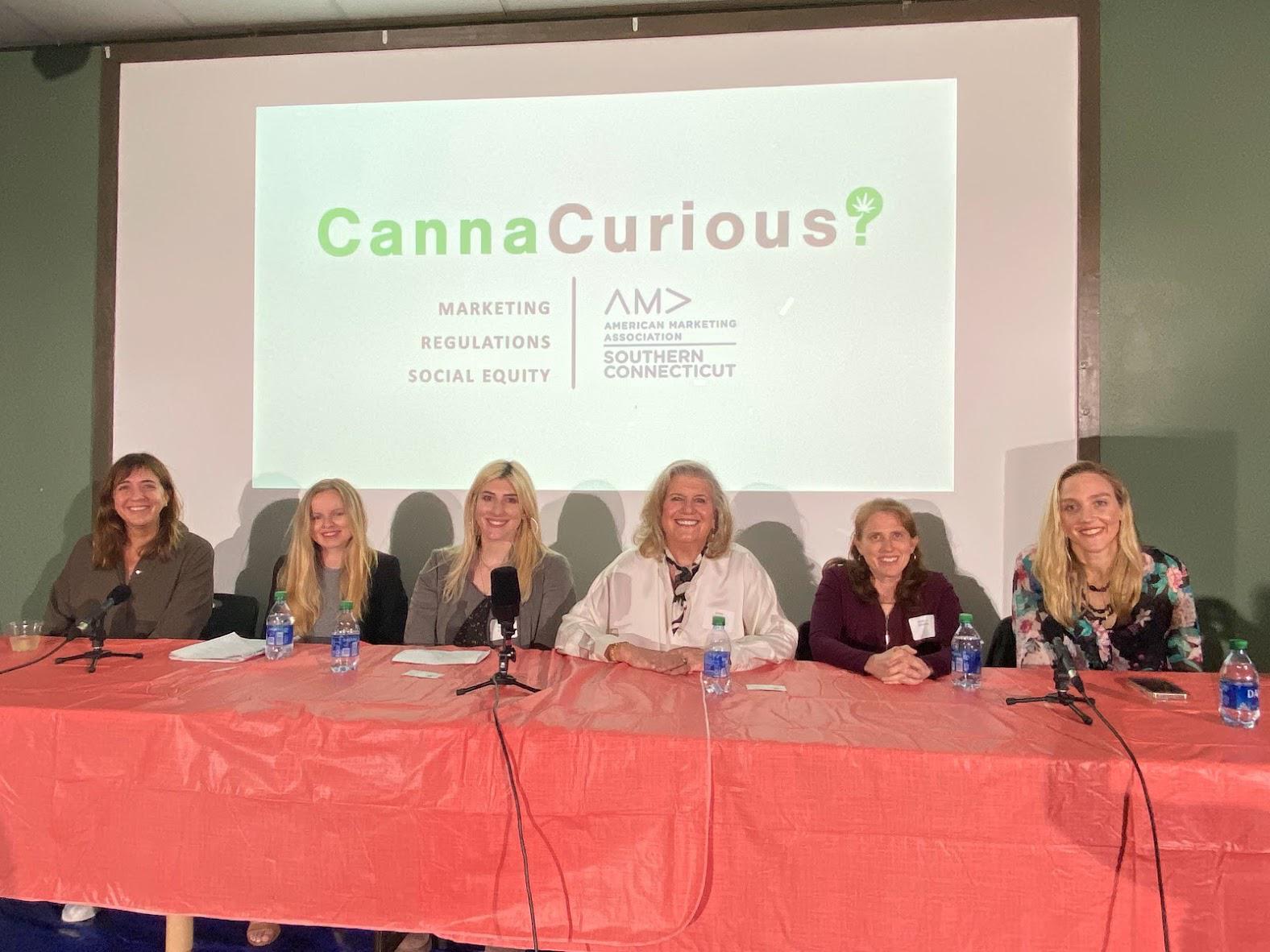 Experts talk about cannabis at a panel in Westport, where recreational sales are banned

The event, which was both in-person and livestreamed, largely focused on the nature of marketing a product that is not federally legal and the challenges that come with it.

The Westport Planning and Zoning Commission passed a temporary ban on recreational cannabis-related businesses in the town last September, with the exception of medical dispensaries. At the time, there were fears that a recreational cannabis business could make the city’s traffic problem worse.

Westport already has a medical cannabis dispensary in town, which has been open for over three years.

Event co-organizer Tammy Ward said the group didn’t realize Westport’s local stance on cannabis retail until after they decided on the location. She said they chose Earthplace because “it’s a wonderful facility and connects with nature.”

The event was hosted by the Southern Connecticut Chapter of the American Marketing Association.

“We’d be remiss not to talk about the cannabis industry in its infancy — there’s a lot to learn in the space, especially here at CT as we open to retail at all times,” Ward said.

Moderator Erika Alonso and six panelists from sectors of the cannabis industry, both regulatory and business-focused, shared some of the best practices and challenges of bringing the product to market. They also talked about the impact of current and future regulations on the industry.

A hemp-based wellness business, a Franny’s Farmacy, moved to a temporary location in town in January in anticipation of the state issuing recreational sales licenses. If Franny got a license, they said they would move to another town like Norwalk or Bridgeport.

Seagull said the state has two lotteries for retail licensing — a general lottery and a social equity lottery. In total, the state has received more than 15,000 requests, including more than 8,000 as social equity requests, she said. There will only be 12 licenses distributed initially and six of them have already been selected through the Social Equity Pool.

“Social equity is really important in Connecticut,” Seagull said. “It’s enshrined in law in many different areas, one of which is that 50% of each of these types of new licensing rounds should go to social equity applicants.”

Panelist Sheri Orlowitz, founder and president of the Council for Federal Cannabis Regulations, described some of the challenges facing dispensaries.

There’s the initial cost of getting the license — she said she’s heard of dispensary licenses costing between $1,000 and $50,000. There’s also the issue of inventory, both acquisition and storage, she said.

“You’re hoping you can get inventory because you can only buy in your state,” Orlowitz said. “And the few practitioners in your state often miss or can play games with you.”

“When you’re building a brand, the main thing you need is a reliable and consistent experience every time a customer tries the product, and in cannabis, that’s very hard to do,” Costis said, citing potential supply chain issues since cannabis cannot be legally transported across state lines, so all cultivation and sale must be done within the state.

Some dispensaries also struggle to pay, as some cannot accept credit or debit cards and therefore handle large sums of cash. Orlowitz said the companies also can’t deduct their expenses from their taxes since the plant is federally illegal.

“So it’s incredibly difficult for the pot seller to be able to sell pot,” Orlowitz said.

Pricing is another challenge companies face, she said, because the illegal cannabis market is often cheaper for a consumer than legal cannabis.

“Even if you want to have a thriving cannabis brand, you’re super passionate and it’s going to be a great idea, there are a lot of hurdles,” Costis said.