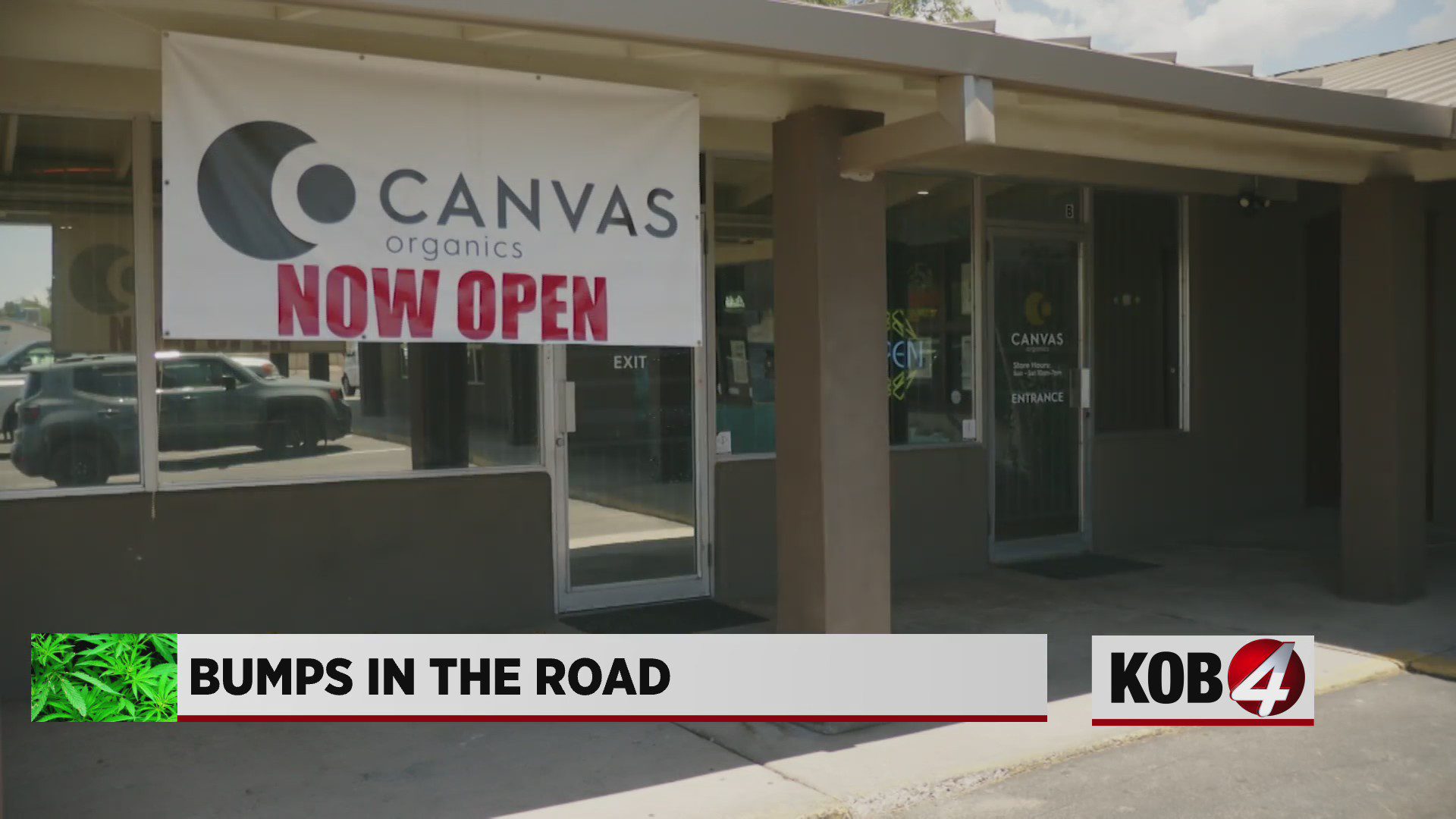 ALBUQUERQUE, NM – Cannabis and money are now trading at Canvas Organics near Candelaria and San Pedro, but it hasn’t been easy getting there.

“We ran into a few issues along the way,” said Billy Giron, owner of Canvas Organics.

Giron, born and raised in Albuquerque, said entering the cannabis industry in New Mexico was a learning experience.

In March, Giron was trying to open up for the start of legal sales on April 1. However, that didn’t happen until mid-April – hurting their bottom line, going out the door.

While one of its stores is expanding, its Nob Hill store is now closed.

“Originally, it was planned to be our very first dispensary,” Giron said.

They planned to sell cannabis from their Nob Hill location, the CBD Boutique, until a setback in March.

A city of Albuquerque location rule does not allow two cannabis stores to operate within 600 feet of each other. Across the street from Central from the potential Canvas Organics location is a still vacant store that holds this coveted location permit.

Now Giron is focused on growing his customer base at the other location in northeast Albuquerque, and he hopes to expand Canvas Organics in the future.

Are cannabis drinks here to stay?