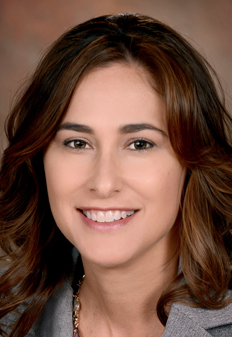 By Jennifer A. Cotell


The New Jersey Assembly recently introduced legislation, A3511, that would require all workers’ compensation insurers, personal injury insurers, and health insurance carriers carrying insurance in New Jersey to provide coverage for medical cannabis. This legislation goes too far in the contractual negotiation between consumers and insurance companies and will undoubtedly lead to higher premium costs.

The legislation appears to be an attempt to codify and extend the decision in Hager v. M&K Construction.

Readers may recall that a nearly identical bill, A1708, passed the New Jersey Assembly Appropriations Committee on October 26, 2020, while Hager was scheduled to be heard by the New Jersey Supreme Court. Jersey. Subsequently, the Supreme Court in Hager upheld the Appellate Division’s decision to require the workers’ compensation agency to provide medical marijuana as reasonable and necessary medical treatment. given the facts of this particular case.

If this new bill passes, employers and their carriers will have to include coverage for the medical use of cannabis, the use and sale of which is currently prohibited by federal law. The relevant part of the proposed bill reads as follows: “Notwithstanding the provisions of paragraph a. of this section, an employer or a workers’ compensation insurance company or a passenger car insurance company must provide coverage for the costs associated with the medical use of cannabis.

Even if this bill were to become law, defense counsel will still raise the question in individual cases whether the use of medical marijuana is “reasonable and necessary,” core language of NJSA 35:15-15 . Physician discretion in assessing the reasonableness of medical treatment is critical, since two injured workers may have the same injury, but one may require different treatment to restore function. ‘organization.

Enacting a law requiring carriers to include coverage for a controversial medical treatment will not only increase insurance costs for all employers and taxpayers, but will likely lead to new litigation.

Jennifer A. Cottell is an attorney and shareholder of Capehart Scatchard, a New Jersey defense law firm. This post appears courtesy of the New Jersey Workers Comp blog.