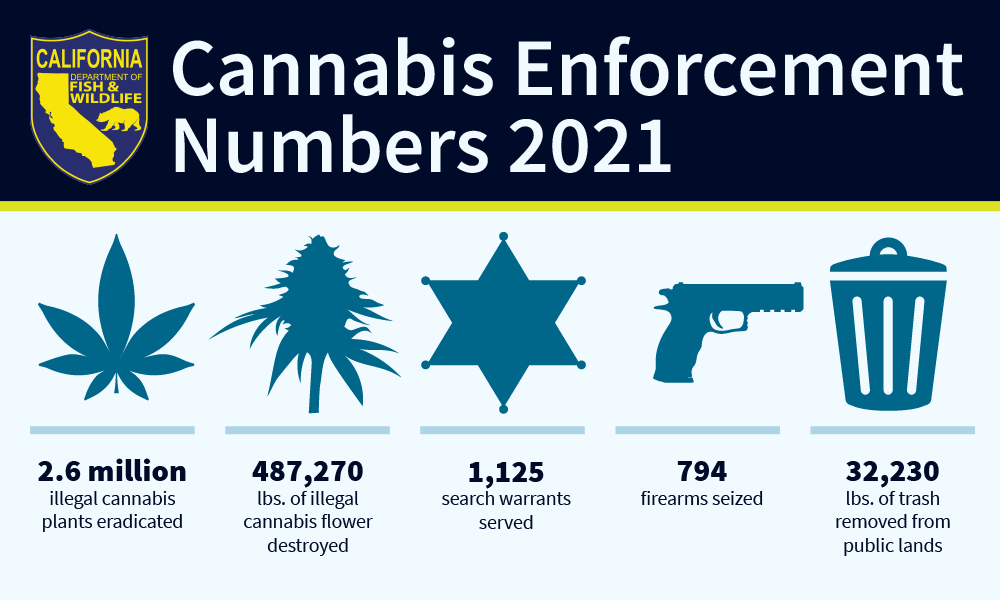 CDFW investigates illegal cannabis cultivation operations to uncover and limit operations that cause significant environmental damage. Some of the most serious environmental problems involve unauthorized streambed alterations with water diversions, habitat destruction, illegal pesticide use, and poaching. The CDFW does not typically investigate water theft, but will assist county law enforcement partners in such investigations as needed.

“Illegal operators attempting to circumvent the legal system pose a threat to California’s fish and wildlife resources, and a detriment to those who grow cannabis legally,” said David Bess, CDFW Deputy Director and Division Chief. of law enforcement. “Our wildlife officers have done an exceptional job ensuring public safety alongside our federal, state and county partners and I couldn’t be prouder of their dedication and commitment to protecting the environment. Our year-end numbers are testament to all their hard work throughout the year.

Here are some of the notable achievements of the year:

*Figures reflect all operations where CDFW was either the lead agency or in a supporting role.

CDFW encourages the public to report environmental crimes such as water pollution and poaching to the CalTIP hotline by calling (888) 334-2258 or texting information to “TIP411” (847411).