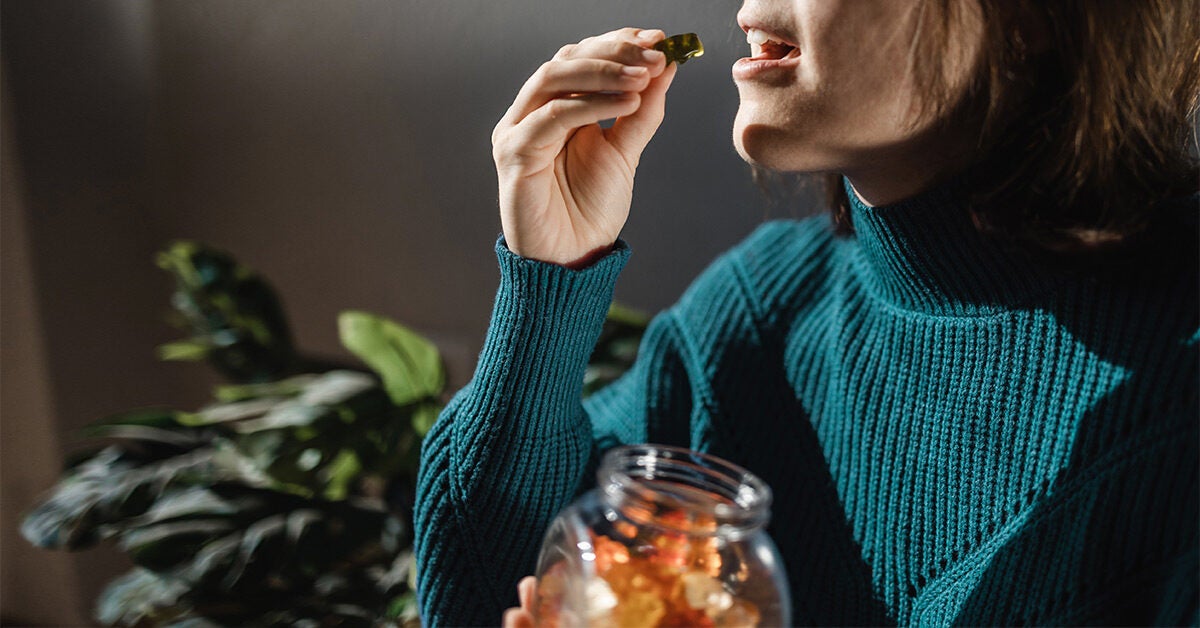 In a white paper published on July 18, researchers from the Leonard D. Schaeffer Center for Health Policy & Economics at the University of Southern California outlined several potential policies that could be adopted by the federal government if it decriminalizes cannabis.

This includes limiting the amount of tetrahydrocannabinol (THC) – the main psychoactive compound in cannabis – that can be included in products, and restricting the amount individuals can purchase at one time based on the amount of THC in the product.

Other policies include taxing cannabis products based on potency rather than weight or retail price and tracking all cannabis or hemp from cultivation to sale as a product.

A Posted in The Lancet Psychiatry suggests that people who use more potent cannabis have a higher risk of developing cannabis use disorder. They are also more likely to suffer from a psychotic disorder, such as schizophrenia.

“A public health approach to cannabis regulation is to incentivize users in a way that maximizes benefit and minimizes harm,” Rosalie Liccardo PaculaPhD, senior fellow at the USC Schaeffer Center and holder of the Elizabeth Garrett Chair in Health Policy, Economics and Law at the USC Price School of Public Policy, told Healthline.

Pacula added that a public health approach to how cannabis products are sold and developed is “aware that higher levels of THC lead to more impairment and more health risks.”

In the United States, cannabis is illegal at the federal level, although many states have passed laws allowing medical and/or recreational use of cannabis.

A bill introduced in the United States Senate on July 21 would decriminalize cannabis at the federal level and allow states to establish their own cannabis laws. Other bills in the House and in the Senate are in preparation.

While this might seem like a positive development for cannabis enthusiasts, Pacula expressed concern. “If the federal government legalizes cannabis without putting in place a [THC] ceiling, we will never have one,” she said. “The only states that have potency caps in place are those that did when they first legalized cannabis.”

Current state cannabis laws vary in terms of limits on purchase quantities and potency limits. For instance, Vermont and Connecticut are the only states to have set THC potency limits for cannabis flowers and concentrates, according to USC researchers.

Pacula said the limits set by these two states are “probably reasonable for the US market, although they could still be too high.” But I’m fine with it being, instead of not setting a cap at all.

Additionally, she and her colleagues point out that most states that limit cannabis sales do so based on the weight and type of product rather than the amount of THC in the product. This allows people to buy a large amount of more potent cannabis products at once.

The policies outlined by the USC researchers in the white paper would discourage excessive cannabis use, particularly the use of high-THC products such as cannabis edibles and concentrates.

“At present [cannabis] flower is the main product sold, but we are seeing a huge shift towards vaping oil concentrates, while edibles have stabilized in the market,” Pacula said.

Although the policies outlined in the whitepaper focus on the THC content of cannabis products, Liz Roganfounder of the Cannabis Business Council of Santa Barbara County, said that misses the role that the various components of cannabis can play in the intoxicating or other effects of these products.

Pacula stressed, however, that the standards should be adapted as more scientific data becomes available on the risks associated with different doses of THC. These policy updates could also take into account new scientific data on the effects of other components of cannabis.

“It took us decades to understand alcohol and what a standardized drink was,” Pacula said. “So we should set these caps and wait at least 5 years before adjusting them because it will take some time for the science to come out.”

R. Lorraine Collins, PhD, professor and associate dean for research at the University at Buffalo’s School of Public Health and Health Professions, supports the policies proposed in the white paper. She said setting THC limits for cannabis products and taxing products based on THC content would be easy to implement, calling these strategies a “great start.”

For a THC cap to be effective, Collins said laws would need to limit the potency of all cannabis products, including those derived directly from the cannabis plant and those derived from hemp or cannabis. .

Additionally, she said the laws should be broad enough to cover cannabis products developed in the future.

Regarding individual limits on cannabis purchases, Collins expressed some reservations about this policy since the United States does not have similar limits for other adult-use products such as alcohol and tobacco.

Rogan agreed: “He’s an adult we’re talking about. He is someone who should be able to make his own decisions,” she said. “It really comes down to personal choice – you have [the] freedom to do whatever you want; we hope you will be responsible.

Additionally, Collins said individual purchase limits might not be very effective. “What’s stopping a person from going from outlet to outlet?” she says. “You could accumulate a lot of cannabis this way, although there is a limit to how much you can buy at a time.”

Rogan is also concerned about the impact a cap on THC limits and purchase limits could have on people using cannabis to treat medical conditions.

“When you’re treating cancer or chronic pain, you often need high doses of THC,” she said. “So is it fair for this person to have to go to the [cannabis] dispensary every day and buy more often because they can’t buy the products in concentrated form? »

While states like Connecticut and Vermont have stricter caps on THC content, USC researchers argue that federal regulations would ensure that public health is equally protected across the country.

“You’re not going to encourage good cannabis industry standards if you let states change those caps,” Pacula said. “It will be much easier to do it at the federal level.” A federal cap, she added, would only set the maximum potency of cannabis products. States may have more restrictive laws.

Additionally, there is now precedent for the federal government to regulate the maximum THC content of cannabis products.

“The FDA, which has finally been given permission to regulate nicotine products, is able to do things like put a cap on the amount of nicotine in cigarettes or remove certain types of tobacco flavors,” Collins said.

Collins noted that having different cannabis laws in each state — specifically THC caps — could lead people in places with more restrictive laws to buy cannabis in neighboring states with regulations. more lenient. Something similar happened before all states set 21 as minimum age to drink alcoholshe says.

Still, Collins said many people will be drawn to the legal cannabis market for what it offers – being able to buy products that are safe and contain exactly what they’re supposed to contain.

New research presents a compelling case for regulating cannabis at the federal level. Decriminalizing cannabis could help limit the sales and use of high-potency cannabis products, which studies have shown pose dangers to human health.

However, even with federal legalization, experts like Collins and Rogan say setting caps on THC could still incentivize consumers to buy more potent products in the illicit cannabis market.

“If people are concerned about young people — especially men 26 and under — using high-THC products, the legal system will improve,” Rogan said. “Because at least they know what they’re getting there versus if they’re getting a product around the corner.”