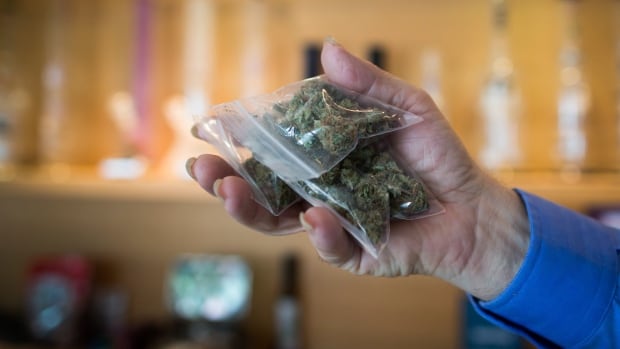 The BC government has convinced many illegal cannabis producers to start selling legally in an effort to oust illicit marijuana from the market, but these efforts have been criticized by the cottage industry.

It has been three years since recreational marijuana was legalized in Canada, with the provinces handling retail sales while Health Canada is responsible for production licenses.

In British Columbia, efforts to orient black and gray market producers to the legal retail market have focused on the Central Kootenay region through a pilot project and business supports.

This includes helping aspiring producers navigate the federal licensing process as well as helping producers expand marketing and obtain safety licenses, depending on the province.

Solicitor General Mike Farnworth said in an interview that regulations could be less restrictive to encourage growth in the sector.

â€œIt’s still a work in progress for three years,â€ he said.

â€œThere are still challenges for craftsmen and producers.

Farnworth said he heard from members of the industry who have expressed frustration with the regulations surrounding the marketing of cannabis as well as from retailers who dislike security measures, such as frosted glass for their storefronts. of shops.

Farnworth said he saw “a lot of potential” in the industry and that easing the regulations would help marijuana growers in the future.

He said the provincial farm program, which would allow cannabis producers to operate a retail outlet on their property or deliver directly to a retail store, would help cottage growers and encourage those who operate illegally to make the switch.

Farnworth said he expects the program to take effect in the spring.

“We’re trying to work with the industry (and) to identify some of the challenges that we can overcome.”

Abra Brynne of the Kootenay Cannabis Economic Development Council was part of the team that helped black market growers transition to the legal model.

Brynne said the council was created to help an area with a long history of marijuana production benefit from legalization.

There was a estimated at 2,500 small cannabis producers in the region at the time of legalization of marijuana, the province said in a statement.

The project in the Central Kootenay region helped 53 companies get help navigating the federal licensing process, and 13 organizations received licenses.

The provincial government said 62 jobs had been created or moved from the illegal market to the legal market by the time the program ended in July.

Brynne said the program has had some success, but there is still “a hell of a way to go.”

She said the high insurance costs are prohibitive for small, new growers, and more work needs to be done to convince people not to buy illegal marijuana.

The province was backing the pilot, but persuading illegal operators to make the switch turned out to be a challenge, Brynne said.

â€œWe still have this weird culture of prohibition,â€ she said.

The government’s decision to launch a pilot project aimed at black market producers has been criticized by a group of legal producers.

Todd Veri, President of the Kootenay Outside Producers Cooperative, said that despite the government’s claims of success, he knows of many small, legal producers who have struggled to bypass bureaucracy to start their businesses.

Veri said he struggled to get approval for his business plan, in part because of his status as an outdoor marijuana grower, which needs more paperwork than indoor greenhouses, as well as of its cooperative status.

Part of the problem, Veri said, is the length of time it takes to grow marijuana outdoors, combined with Health Canada’s stricter regulations on storage and growing.

“The time it took, the costs were to be expected, but the cost of the delays killed us,” he said in an interview.

Health Canada said in a statement that it is committed to fostering a diverse market of cannabis growers and processors, including through micro and nursery licenses. He added that cottage growers account for about 40 percent of all active marijuana licenses.

Veri said it took five years to get a license and sold his first batch of marijuana in early December.

The provincial government has paid too much attention to black market operators instead of working more closely with legal operators, he said.

He said he and his group did not partner with illegal producers, wishing to work closely with the government. Instead, he said his band and others like it have been overlooked in favor of producers who have been operating illegally and now want to switch to the legal side.

“There was no help for people who were really looking to employ people in this province … because BC decided to support black market producers and I think they supported the wrong horse,” did he declare.

Veri said the government could improve the lives of cottage producers by allowing them to sell directly to retailers, which would encourage more people to operate legally and create a classification similar to BC’s Vintner quality assurance used in the wine industry.

Benefits of dry herb vaporizers on joints and bongs