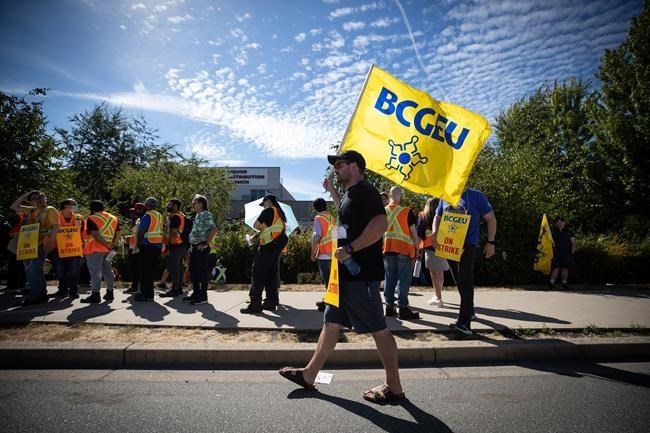 Cannabis stores across British Columbia are bracing for emptier shelves after a strike prevented the province’s pot distribution center from shipping product.

Cannabis stores across British Columbia are bracing for emptier shelves after a strike prevented the province’s pot distribution center from shipping product.

Liquor and cannabis stores are not part of the wage strike, but the Burnaby customer service center’s cannabis division is part of the action, the union said.

In response, BCLDB announced that its cannabis fulfillment center will not accept or ship product, assemble orders, or process invoices or purchase orders.

“We sincerely apologize for this disruption and for the impact on your business,” the BCLDB said in a note to stores posted on its website.

The province was preparing to allow cannabis stores to accept direct shipments of product from licensed producers long before the strike began, but until those shipments begin, stores have no choice but to obtain their products from the BCLDB.

Vikram Sachdeva believes his Seed and Stone chain of stores in British Columbia currently has a good supply of product, but that could change quickly if the strike drags on.

“Hopefully we can survive a week or a bit more, but beyond that it’s going to be very difficult,” he said.

Sachdeva wants stores to have been notified earlier of the delivery stop, so they can stock up on products.

“It was just a bit of a shock and…now the concern is how long before they start delivering to us so we don’t start running out of product?” he said.

He added that he would be disappointed if he had to turn away consumers for lack of product, especially if they are looking for cannabis for medical reasons.

He also fears that consumers will turn to the ever-popular illicit market, if they cannot find cannabis stores with leftover stocks.

High Tide Inc., which is behind the Canna Cabana chain of stores, has similar concerns.

“At this time, we are managing the situation by reallocating inventory between our BC stores, but if the pressure measure is not resolved within the next 10 days, we may face inventory issues” , Senior Vice President of Corporate and Public Affairs Omar Khan said in an email.

“We urge the BCLDB and BCGEU to resolve their dispute as soon as possible, as the lack of inventory at licensed cannabis stores risks drawing consumers back into the hands of the illicit market, which will endanger public health and divert much-needed government revenue coffers.

The halt in deliveries to Ontario’s 1,333 cannabis stores stems from an Aug. 5 cyberattack affecting Domain Logistics, the company behind OCS’s third-party distribution center.

The OCS restarted deliveries, after an investigation into the matter, but temporarily capped the amount of products pot shops can order and extended its delivery window to deal with the backlog.

Tamy Chen of BMO Capital Markets warned that recent problems in British Columbia and Ontario could weigh on the sector’s performance.

“We warn that there may be some short-term disruption to Q3/22 sales due to a cyberattack in Ontario and a workers’ strike in British Columbia,” she said Tuesday in a note to investors.

This report from The Canadian Press was first published on August 17, 2022.

Do you recognize this mysterious plant?