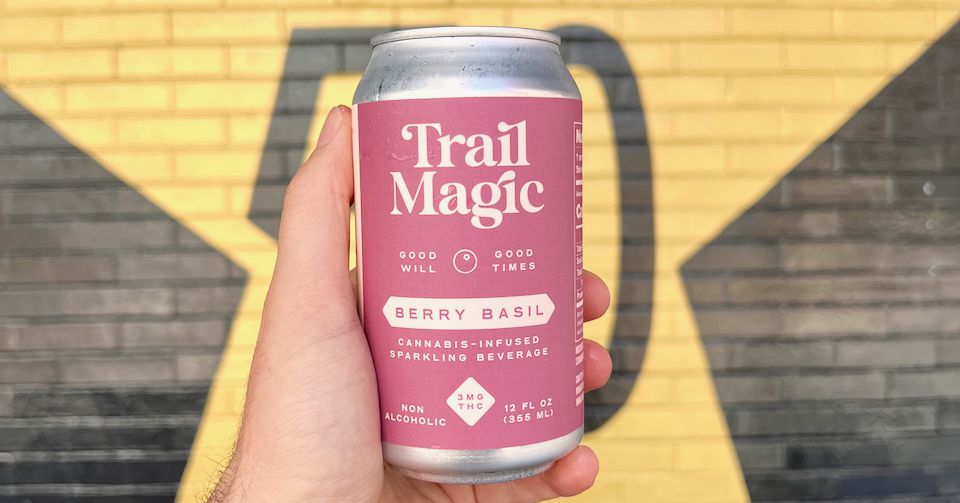 In July, Minnesota state legislators quietly (and perhaps infamous) passed a law legalizing the sale of THC foods and beverages, adding it to a larger health and social services funding bill. The law allows the sale and consumption of foods and beverages containing 5 milligrams of tetrahydrocannabinol, or THC — the chemical that produces most of marijuana’s psychic effects — per serving, or 50 milligrams per package.

The legislation is a notable step toward legalizing marijuana in the state and has given Minnesota food and beverage producers creative freedom to explore cannabis products. So far, THC drinks have proven to be the most popular: Minneapolis Cider Company was among the first to jump on the hemp bandwagon, launching its Trail Magic Berry Basil THC Drink and hops to THC in July, and other local breweries, from Indeed to Bauhaus and Eastlake, have followed suit. But all these fizzy THC drinks raise questions: how do you actually make a drink from cannabis? How is the process different from a gummy or an edible?

First, says Jason Dayton, co-founder of Minneapolis Cider Company, understands the difference between marijuana and hemp. Both are part of the same species, Cannabis sativa, but differ in their THC concentrations. Marijuana has a THC concentration of 0.3% or more, while hemp is nothing less – and Minnesota’s new law states that all THC foods and beverages must be derived from hemp. Hemp is used to make a range of products: rope, insulation, biofuel, shoes, textiles, etc. But turning this pungent plant into an effervescent drink is a relatively modern undertaking.

“We want people to feel the effects at about the same rate as they would with alcohol.”

To make Trail Magic, Minneapolis Cider Company partners with a local processor. This processor sources hemp from local Minnesota farms, extracts the THC from it, and sends it to MCC as a water-soluble emulsion. After MCC staff have blended fresh fruit (like strawberry-blueberry juice and fresh basil, or hops pellets for hops water) and strained the liquid, they add the emulsion to the brewing tank. manufacture and mix it. Then they take a sample and send it to a lab, where it’s tested for THC potency. Once everything is in order, MCC carbonates Trail Magic and packs it. Overall, Dayton says, it’s a much faster process than the 10 to 14 days it takes to make cider. “We don’t ferment the product in any way, shape or form,” Dayton says. “There is no alcohol involved in any step of the process.”

Ultimately, says Dayton, the water-soluble emulsion defines the difference between a THC drink and a typical edible: it allows THC to disperse evenly throughout the drink, whereas an edible’s oil can concentrate in one place. “If you have a candy with this oil, you can eat half of the candy without THC because everything is clumped together in the other half.” Dayton also says the emulsion allows the THC to work at a much faster, yet more gradual rate than an edible or gummy, which helps people feel in control. “We want people to feel the effects at about the same rate as they would with alcohol.”

In a culture that in many ways demonizes drug use, marketing THC drinks is uncharted territory for the Minneapolis Cider Company and other craft brewers. “I give the example of my mother-in-law,” says Dayton. “She’s from a small town in Minnesota and wouldn’t be taken dead from a marijuana dispensary. But a THC drink from a cider house, it completely changes the dynamic because it moves away from the stigma of “looks like a drug”. After the law was suddenly passed in July, Minneapolis Cider Company and other craft breweries and cider houses producing THC drinks had to learn a lot in a short time.

But the somewhat haphazard legislation provided a golden window of opportunity. As Vice reports, Minnesota’s relatively lax THC food and drink regulations have allowed breweries to expand into new markets, brewing THC seltzers in the same facilities they use to brew beer and make ciders. “Minnesota is in a truly unique position in the world of THC,” says Dayton.

That could soon change. Further regulations are expected to be discussed in January, and there are concerns that lawmakers could move THC products to a different regulatory channel than alcohol, as is the case in many other states. “If they took out craft beverage manufacturing and put it in its own category, you’d be allowing national companies to come in and take over the market at the expense of local Minnesota companies,” Dayton says. In other words, local breweries and cider houses would potentially no longer be able to produce THC drinks – the drinks would only be sold at dispensaries. Dayton strongly believes they belong in liquor stores, and while cannabis drinks are a extremely small slice of the overall cannabis market, he sees it continuing to grow.

“Our primary consumer is someone who is brand new to the category and is looking for a healthier alternative to alcohol,” Dayton says. If cannabis beverages can continue to grow outside of the dispensary channel and into the craft beverage market, they can be a serious contender for the beer industry.


Register to receive the newsletter