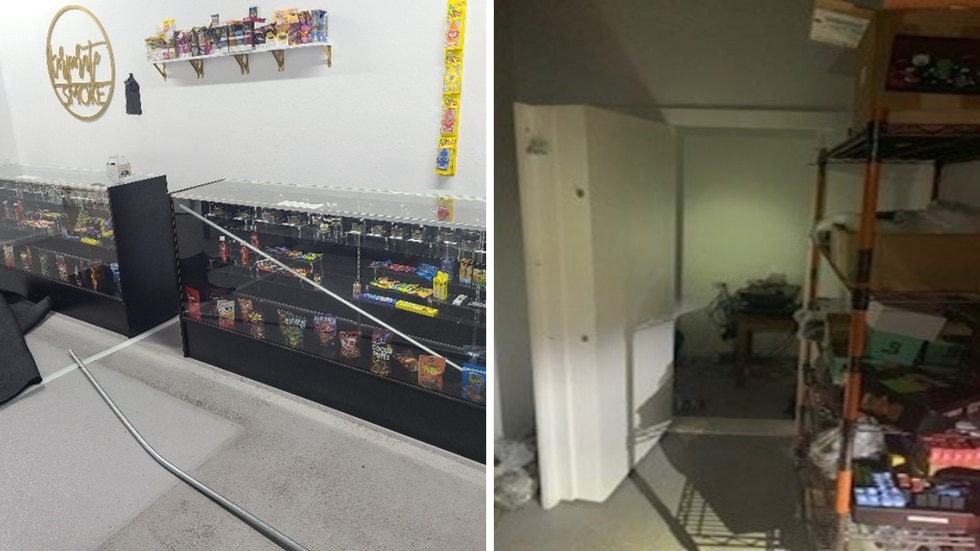 An illegal marijuana dispensary has been dismantled in South Phoenix; 3 arrested

PHOENIX (3TV/CBS 5) — Law enforcement shut down an illegal marijuana dispensary in South Phoenix, and now three people face charges in connection with it. Agencies received information from the Arizona Department of Health Services about the suspected illegal store called Korporate Smoke at 16th Street and Southern Avenue. “DHS did a little research and confirmed that this was not a licensed dispensary,” Maricopa County Sheriff’s Det. Matthew Shay said. “They claimed to be a licensed dispensary but weren’t.”

For several months, undercover agents from the Phoenix Drug Enforcement Bureau would come through the front door, then into a small clothing store, then into a room with display cases containing illegal drugs, including magic mushrooms. Officers picked out the drugs they wanted to buy, and workers used two-way radios to talk to employees in the back room who were getting the drugs out. Korporate Smoke had armed security, a waiting room and an ATM, MCSO said.

Investigators say Alisa Simpson was the official who set up bank accounts, LLCs, records and posted fake dispensary licenses on Instagram so people thought they were buying THC products legally. “They were offering cannabis-infused products that looked a lot like confectionary products that would be offered in a normal store. It’s not allowed in the state of Arizona,” Shay said. Simpson was arrested on Friday. The Maricopa County Sheriff’s Office Tactical Operations Unit also searched the store Friday, arresting James McCoy and Corey Cashman. Investigators say they were found in a ‘safe’ room hidden with drugs and cash. The three suspects were imprisoned for controlling an illegal business.

Shay said the illegal operation had been going on for about a year. “With the black market prices for illegal cannabis that you can get, say, in California and then import into the Phoenix metro area, it’s very tempting to run an illegal dispensary. You can earn a lot of money, you don’t have to pay the taxes that the dispensary has to pay. You’re not burdened with all the regulations and testing and stuff that regular dispensaries have to go through,” Shay said.

Agencies that participated in the operation were the Maricopa County Sheriff’s Office Drug Suppression Task Force, the RICO Asset Disruption and Investigation Section, the Enforcement Action Team of HIDTA and the Phoenix Drug Enforcement Bureau.

The Basic Loan Terms Everyone Should Know Before Borrowing Money

Homebush man in cannabis car caught by cops in Bruce