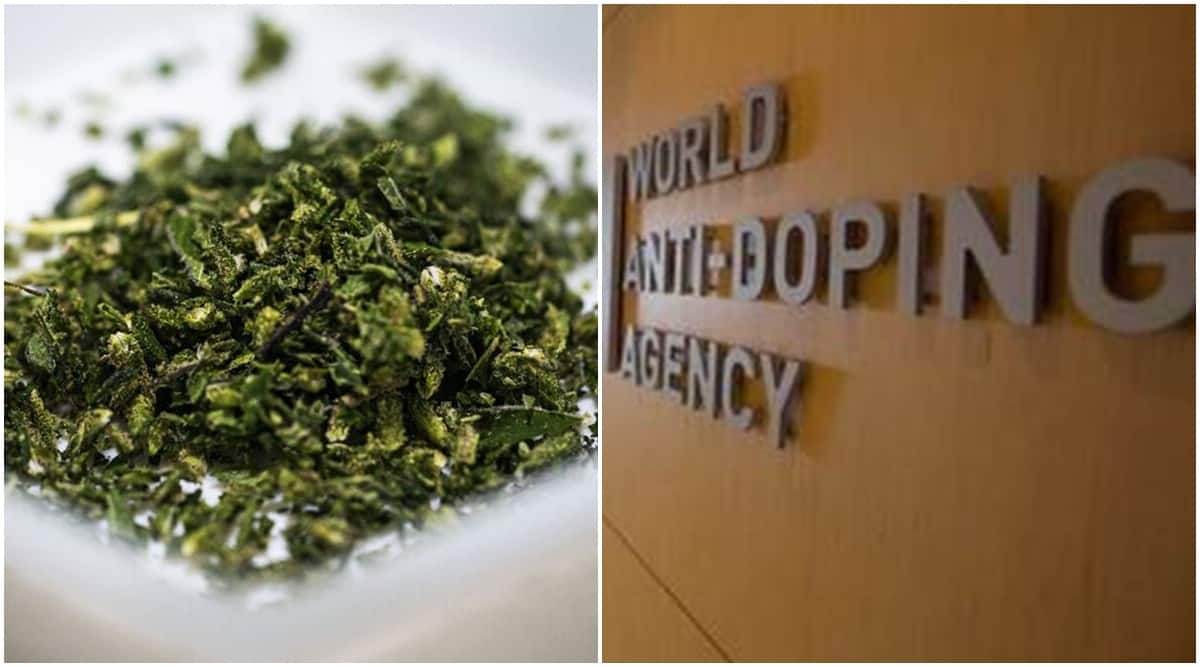 Last September, the World Anti-Doping Agency (WADA) announced that it was reviewing the status of cannabis, which is prohibited in competition. This followed US sprint star Sha’Carri Richardson testing positive at the US Olympic track and field trials in June. She was banned and missed the Olympics. However, on Thursday the AMA said the recreational drug would remain on its list.

Can an athlete be banned for ingesting marijuana?

Cannabis comes from the cannabis sativa plant. There are over 500 chemicals in the plant, but the one on the WADA’s prohibited list is tetrahydrocannabinol (THC). THC gives marijuana users the high. So the cannabis in Wada’s books is marijuana, the chemical of which is THC.

So, can an athlete test positive for cannabis when not competing and get away with it?

Yes. Cannabis is only prohibited in competition. This means that an athlete only runs the risk of being banned for testing positive from a sample taken during a competition. For example, an athlete can smoke marijuana out of season and test positive, but is unlikely to be banned.

How long can an athlete be banned?

Starting in 2021, testing positive for cannabis can result in a ban as short as a month, according to the AMA. For a reduced ban; up from two to four years earlier, athletes must prove that they used cannabis before competing, which means the athlete did not intend to experience the effects during the competition. According to the Wada code, cannabis is defined as a “substance of abuse”.

Did Wada also increase the permitted level of cannabis in the body?

The AMA says the current limit of 150 nanograms per milliliter in urine will be found in athletes who frequently use and are impaired by the effects of cannabis. The threshold limit in 2013 was only 15 ng/ml.

Does Cannabis Improve Performance in Sports?

Cannabis is known to delay fatigue, mask pain and improve concentration, but at the same time it can increase heart rate, which is not good, says Dr. PSM Chandra, former director (sports science) of the Sports Authority of India. Dr Chandra, who has served on anti-doping panels, said: “Cannabis, like all drugs, has its pros and cons, but it’s still unclear if it can help an athlete. There are studies that show it can reduce motor movement.

Evidence of a growing number of runners using cannabis while training has been documented in Josiah Hesse’s book Runners’ High. A research paper titled “Cannabis in Sport, Anti-Doping Perspective” states that there are benefits for athletes such as “improved tissue oxygenation, improved goalie vision, and relaxation muscular”. Cannabis can also reduce anxiety, fear and tension, the journal says. “Athletes under the influence of cannabis report that their thoughts flow more easily and their decision-making and creativity are enhanced; others claim that cannabis improves their concentration or reduces pain. Medical professionals have met athletes, including gymnasts, divers, soccer players and basketball players, who claim that smoking cannabis before playing helps them focus better,” the document states, which Wada has cited in the past as evidence.

The National Football League (NFL) is funding $1 million in grants for studies on the benefits of marijuana in helping players manage pain and also its benefits in protecting against concussions. The NFL only fines players for testing positive for cannabis.

Did Richardson’s positive test lead to calls to remove cannabis from the prohibited list?

Richardson, 22, became the next big star when she clocked 10.72 seconds in the 100 meters in Lausanne last August. She also won the US Olympic Trials in Oregon, incidentally a state where the use and possession of recreational cannabis is legal for anyone over the age of 21. his biological mother from a journalist during the trials. Richardson was raised by her grandmother.

Former 400-meter world record holder Michael Johnson was one of many top athletes who wanted the AMA to eliminate Richardson. “I don’t know why marijuana is banned. Maybe a good reason. Maybe not. I know what it’s like to lose a parent. Indescribable pain! I’m from the same neighborhood as @itskerrii Tough place!” Johnson had tweeted.

Who are the other high-profile sports stars who want cannabis removed from the banned list?

Canadian Ross Rebagliati won gold in snowboarding at the 1998 Nagano Winter Olympics but had to return his medal (it was later returned) after testing positive for recreational drugs.

“I think it’s time, he’s late actually. If athletes are allowed to use alcohol and tobacco, let them have weed. It’s the only thing that’s good for you out of those three things,” Rebagliati told Reuters when Canada legalized marijuana in 2018. Former world heavyweight boxing champion Mike Tyson and former winner of the Tour de France Floyd Landis were signatories to an Athletes for CARE petition calling for WADA to remove cannabis from the prohibited list. Both Rebagliati and Tyson run legal cannabis businesses.

How did Wada conduct the review?

The AMA in its press release specifies that nine independent experts (List Expert Advisory Group) including those in pharmacology, forensic toxicology, pharmacy, sports medicine, chemistry, endocrinology, internal medicine, regulatory affairs and hematology carried out the examination the status of cannabis on the prohibited list. The potential for performance enhancement, the risks to the health of athletes and the spirit of sport are the criteria examined by these experts. A substance must meet two of these three criteria to appear on the prohibited list.

The expert advisory group has reviewed scientific studies, published surveys and testimonials from athletes who have used cannabis. Wada says cannabis use violates the spirit of the sport but did not specify which of the other two criteria the recreational drug met.

However, the WADA Director General acknowledged that the matter was complicated. “The question of how to deal with THC in a sports context is not straightforward. WADA is aware of the diversity of opinions and perceptions related to this substance around the world, and even in some countries,” Oliver said. Niggli, WADA’s CEO WADA will continue to research the performance-enhancing effects of cannabis and its impact on the health of athletes.